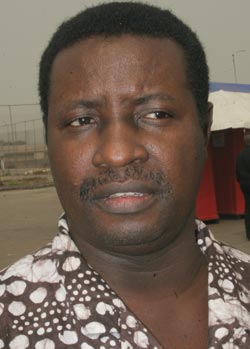 The Handball Federation of Nigeria, HFN, has concluded arrangements to organise the National U-18 and U-21 (Male/Female) Championships from 29 July to 7 August.

The tournaments, which are part of the federationâ€™s programme for the year, will take place in Minna, Niger State, Nigeria.

Secretary General of the federation, Olusola Luke told P.M.Sports that officials of the federation, in conjunction with the Handball Association in Niger State have been working round the clock to ensure a successful tourney, which will attract players from all the states of the country.

Luke, the immediate past scribe of the Nigeria Tennis Federation, NTF, disclosed that teams will arrive Minna for the competition on 27 July, while the opening ceremony will take place on 1 August. The final and closing ceremony has been scheduled for 7 August, while teams and officials depart for their respective destinations the following day.

He said the HFN is expecting the teams that will participate in the tourney to pay their registration fees on arrival for the championship, while players and officials are also expected to pay their licence fees. He added that states are required to pay their annual affiliation fees to the federation.

â€œThis is to inform stakeholders in Nigerian handball that the draws for the championship will take place on Thursday, 29 July, immediately after the screening. The federation also requests that states should endeavour to attend the championships with medical personnel, which must be confirmed not later than 16 July, 2010,â€ Luke said.