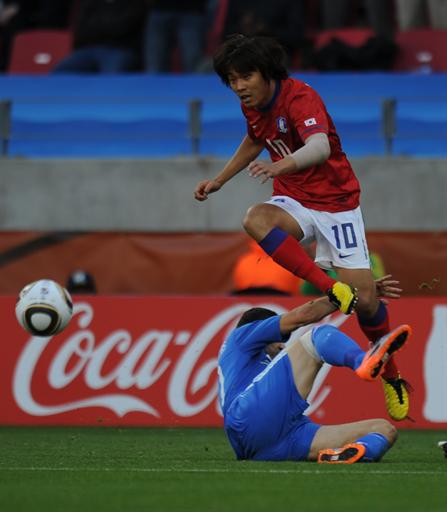 Thursday features three sumptous games with Argentina taking on South Korea with a place in the last-16 up for grabs, Nigeria and Euro 2004 champs Greece in a do-or-die mission rounds off that group, while tonight 2006 finalists France need a result against impressive Mexico.

Both South Korea and Argentina won their opening games in South Africa and victory for either side in the Group B encounter will open the door to a last 16 place. Veteran midfielder Juan Sebastien Veron will miss the game with a calf strain and is replaced by Liverpool’s Maxi Rodriguez. In the build-up Diego Maradona annoyed the South Koreans by saying that facing them in a 1986 clash was ‘more like taekwondo than football.

France v Mexico: Can France find its mojo.
Troubled France tackle Mexico in a crucial Group A Polokwane showdown Thursday desperate for a win that would raise morale and open the doors to the last 16.

Les Bleus (The Blues) have reached two of the last three finals, crushing Brazil 3-0 in the 1998 Paris climax with Zinedine Zidane scoring twice and losing a penalty shootout to Italy in Berlin four years ago. But the French looked anything but potential finalists in Cape Town last Friday as they ground out a goalless draw with 10-man Uruguay. Back in France few believ the current crop will attain similar heights and in-fighting seems to be souring their mood.

Mexico midfielder Andres Guardado, whose deep cross created the equaliser in a 1-1 draw against South Africa at Soccer City five days ago, believes the Central Americans can be the “revelations” of the tournament. “There are always lots of surprises in football and though no one probably gives us a chance of getting through to the next round or the quarter-finals, we remain confident.”