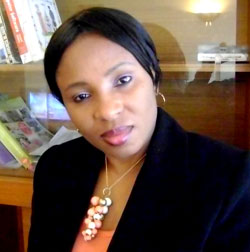 Life without challenges would definitely be boring. Itâ€™s only a lazy man who lacks vision that feels peace is the absence of challenges. Any project you embark on without opposition is not worth the trouble and if your relationship seems to be facing questions now, what you need do is find a way to make it work.

Did you think there would be nothing to test your confession of love? Love must be tested to be trusted.

Love is a decision; you make up your mind to let it work. A fellow that is â€˜single eyedâ€™ reaches his goal with smiles. Dr. Marden has this to say: â€œWhat a sublime spectacle it is to see a man going straight to his goal, cutting his way through difficulties and surmounting obstacles, which dishearten others, as though they were but stepping stones, defeat like gymnasium, only gives him new power, opposition only doubles his exertions, dangers only increase his courage. No matter what comes to him, sickness, poverty or disaster, he never turns his eye from his goal.â€

A young woman and good friend of mine is willing to share her experience with us today. People who knew about what she was facing in the relationship came up with diverse suggestions but she knew exactly what she wanted and kept to that. I was almost tempted to lose hope too, but I applied the courage of a counsellor. After she weathered the storm, she booked an appointment with me just to recount her perseverance.

â€œAunty Aidy, no man is fit to win who has not sat down alone to think and who has not come forth with a purpose in his eye, with white cheeks, set lips and clenched palms able to say, I have resolved what to do. You know, my marriage to Ayo has been shaky; the man I thought I knew turned a tiger overnight or were my eyes and feelings deceiving me? Ayo knew I had a good job, house and a lot of other things that made life comfortable, but he also knew I had a nagging desire to get married, so he explored my weakness and showed me the other side of a relationship. He lured me into investing in his business, new car, property and a host of other things.

â€œImmediately we concluded the marriage plans and contracted it, things started happening. All the gist of love gradually ended and there I was with an enemy under the same roof. Children didnâ€™t come and my situation was getting worse and before I knew what was happening, I was given a deadline in the marriage to deliver, but was I God? I tried to talk things over with Ayo but all efforts proved abortive.

â€œBefore I could make further attempt, he was already seen in the neighbourhood with a â€˜sugar mummyâ€™ who was far older than myself and could not even measure up in any way. I was finding it difficult to believe my informants until I gathered enough courage to confront him and simply asked, â€˜Ayo, is it true you have a relationship with someone in this neighbourhood?â€™ He gave a sarcastic look and said â€˜and so what? Are you so blind to notice that itâ€™s over between you and me? The earlier you realise this, the better for you. By the way, why donâ€™t you go to your fatherâ€™s house and continue your life there? I think Iâ€™m happy with the woman I have just met as she makes me feel like a real man, more over, sheâ€™s had a child before, so Iâ€™m sure she would be able to give me my own child too.â€™

â€œFriends and relations were my very next option. I ran to Ayoâ€™s sister, Auntie Pat and all she could tell me was Ayo is an adult and knows exactly whatâ€™s good for him. I got frustrated the more as I had nobody else to turn to. Going to my family was not part of the consideration at all as they warned me seriously about this guy nobody knew anything of.

â€œSooner than I expected, Ayo moved out of our matrimonial home and joined his lover in her flat. The first day I saw him with the woman in the car I bought with my hard-earned money, I was heartbroken and that was the beginning of the illness that tortured me for three good years.

â€œBut what no one could understand was my love for Ayo despite all he did to me. Could it be that I was mesmerised or was too anxious to answer â€˜Mrs. Somebody?â€™ I donâ€™t think so, Iâ€™m sure I came to like Ayo, while he carefully worked his way into my heart. But little did I know that he was just after my wealth. Even if he wanted my money, did he need to be so rude to me? He could have still enjoyed the wealth without wounding me so badly.

â€œI kept sending him text messages since he wouldnâ€™t pick my calls, of how I love and care for him. Although I was hurt, I tried as much as I could to keep people out of my relationship and continued praying to God for a change of heart.

â€œSome of his things that still remained in my house were safely kept; clothes dry cleaned and folded, shoes polished and packed, documents arranged on the shelf, etc.

â€œOther men who knew of my emotional state wanted to fill the gap Ayo created, but I refused. I maintained we were still married but only going through crisis, while I refused to remove my wedding ring all throughout that period.

â€œSincerely, I wanted my man back but I didnâ€™t know precisely how. One day, when I returned from the office, my security man handed me an envelope with typewritten address and when I opened it, I saw Ayoâ€™s writing, asking me to parcel his credentials via the same system to him.

â€œInitially, I felt I had finally got what to use and hook him, but on a second thought, I decided to let go and complied. About a month later, the same security man handed me another parcel, this time, bulkier. It was actually Ayo who brought his apologies of many months of desertion. Shocked and disbelieving as I was, yet it was true. He called me at night to affirm his position and in a jiffy, all the pains he caused me replayed and I screamed â€˜no, no, Ayo, please, go to the love you found, leave my life alone, I can do without you.â€™ But as he kept begging, I realised this was all Iâ€™ve been looking for long ago. Finally, I agreed to give him another chance and as late as the night was, Ayo found his way back home to my warm embrace, while love and life interacted again.