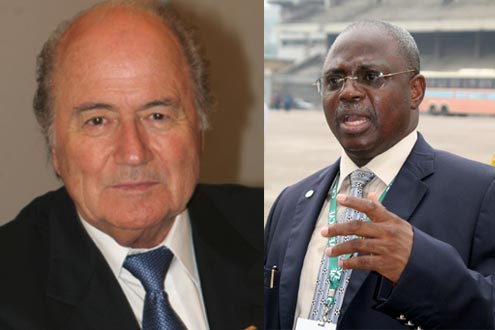 All the participating teams in the South Africa 2010 FIFA World Cup, including Nigeria have been warned to avoid match-fixing during their last round matches from tomorrow.

The final round of World Cup group stage matches, according to FIFA, are most at risk of match-fixing and the body says it will closely scrutinise the games to ensure they are totally clean.

Marco Villiger, FIFAâ€™s Legal Director, while speaking to international journalists at a media briefing said: â€œFIFA will keep a particularly close eye on high risk games which complete the first round at the finalsâ€.

The international football governing body is payingÂ  special attention to such matches, which have the top teams that have already advanced from the first-round.

And before the teams play their final group matches, some have already clinched a second-round place while others either know they have no chance of qualifying for the knockout stages or are relying on others to move on.

The match between South Africa and France for example is endangered as it depends on the outcome of the game between Mexico and Uruguay. Also, the match involving Greece and Group B leaders, Argentina determines if Nigeria or Korea will move to the next round. â€œThese and a few others are the high risk matches from a betting or fixing perspective,â€ said Villiger. There are various permutations about these games and many more, and because of these, FIFA says it has warned all the teams.

â€œMatch-fixing is the biggest threat facing football at the moment and there is a big risk in the last group matches, especially if a team is involved which has already qualified, or is already out.

â€œWe will use all our means to focus on those who have already qualified or are out. The question is, are these high risk matches? and the answer is yes, they are.â€

FIFA informed every national association, player, coach, delegation member and referee before the start of the tournament that they would watch out for irregular or illegal betting patterns, which could also jeopardise the image of the game.

In order to trap the offenders of match fixing in South Africa 2010, FIFA says a telephone hotline has been set up so that anyone involved in â€˜any extra gameâ€™; players, coaches or referees approached by a third party offering them money or a bribe for betting or match-fixing can inform FIFA in confidence immediately.

â€œThe threat is here,â€ said Villiger, â€œbut weâ€™re working closely with our colleagues at (European soccerâ€™s governing body) UEFA, with Interpol, with 400 bookmakers around the world, to do all we can to keep the game clean.

â€œThe World Cup, the Euros, the Champions League, other big tournaments are always vulnerable to the betting syndicates. We are binding all our forces together to fight this threat in South Africa.â€