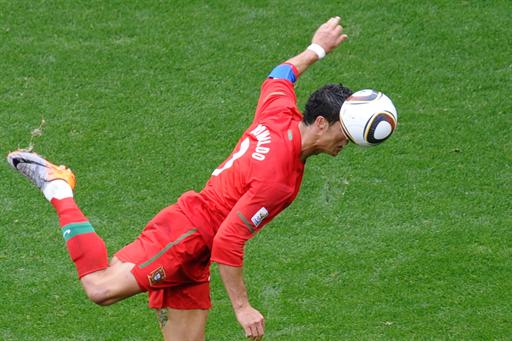 Portugal kicked off the day’s festivities with 7-0 demolition of North Korea in Group G as they took a huge step towards the second round. That was followed by Chile’s narrow 1-0 victory over Switzerland while Spain hope to overcome a miserable start to their campaign as they take on Honduras in the evening match.

Chile beat Swiss 1-0, close in on last 16 place.
Chile took a huge step towards qualifying for the World Cup last 16 on Monday after defeating Switzerland 1-0 in their Group H match at Port Elizabeth.

A second-half goal by former Liverpool player Mark Gonzalez was enough to give the Chileans a second win in as many matches as the Swiss finished the match with 10 men after West Ham midfielder Valon Behrami was red carded in the first-half.

Chile can qualify automatically later on Monday should Spain and Honduras draw – the Swiss are still in contention ahead of the final group match with Honduras as they have three points.

Portugal oust North Korea from World Cup
2006 World Cup semi-finalists Portugal thrashed North Korea 7-0 here on Monday in their World Cup Group G match to end the Koreans hopes of reaching the second round. Goals by Raul Meireles, Simao, Tiago – who got a double – Hugo Almeida, Liedson and Cristiano Ronaldo, his first international goal for nearly two years, gave the Portuguese a huge boost in their quest for reaching the last 16.

Ivory Coast – who have a point from their first two matches – must beat North Korea by a large margin on Friday and hope already qualified five-time champions Brazil inflict a heavy defeat on the Portuguese.

Spain v Honduras – Spain need immediate reaction
Spain will be fired up after their defeat against the Swiss as they take on Honduras in the second Group H match at Johannesburg. Doubts remain over the fitness of defender Sergio Ramos and playmaker Andres Iniesta but even without the pair, the Spaniards should have to much fire power for their central American opponents. Their goalkeeper Noel Valladores can expect to be a busy man and needs to turn in a strong performance to keep the Europeans at bay.

Nothing more than a convincing win for Spain will repell the press back home who were scathing in their criticism following the Swiss debacle.