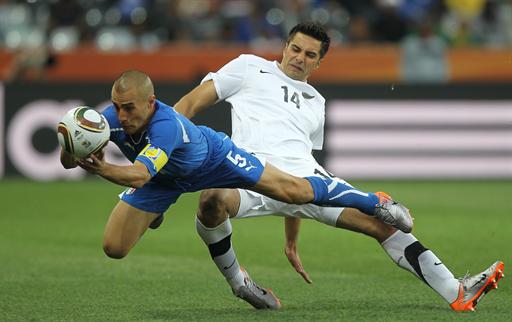 Portugal kick-off the day’s festivities with a chance to revive morale and a tricky match against the surprising North Koreans in Group G. Spain also hope to overcome a miserable start to their campaign as they take on Honduras while Chile against Switzerland will always be a key match in Group H.

Portugal v North Korea – Portugal look to ignite their campaign
Cristiano Ronaldo and Portugal failed to break down the resistance of the Ivory Coast in their opener and face another banana skin in the second match as they take on the surprising North Koreans in Group G at Cape Town. Few expected North Korea to only lose by a 2-1 scoreline against Brazil and Carlos Queiroz knows his side must beware the hard-working Asian side and their star player Jong Tae-se. Ronaldo was man-of-the-match against the Elephants but attack is a concern after being held to a 0-0 stalemate.

Chile v Switzerland – Swiss and Chile eye second round berth
Switzerland began their tournament in stunning fashion as they upset European champions Spain 1-0 in their opener but must beware a Chile side who outclassed Honduras despite only winning by the same scoreline.

Swiss coach Ottmar Hitzfeld can welcome back star striker Alexander Frei from injury but must adjust his defensive line-up after Philippe Senderos picked up an ankle knock that rules him out. Chile also welcome back a key player in the form of lethal marksman Humberto Suazo, the top scorer in South American qualifying with 10 goals. His return should help a poor finishing rate in front of goal against Honduras when they squandered a hat-full of clear chances.

Spain v Honduras – Spain need immediate reaction
Spain will be fired up after their defeat against the Swiss as they take on Honduras in the second Group H match at Johannesburg. Doubts remain over the fitness of defender Sergio Ramos and playmaker Andres Iniesta but even without the pair, the Spaniards should have to much fire power for their central American opponents. Their goalkeeper Noel Valladores can expect to be a busy man and needs to turn in a strong performance to keep the Europeans at bay.

Nothing more than a convincing win for Spain will repell the press back home who were scathing in their criticism following the Swiss debacle.