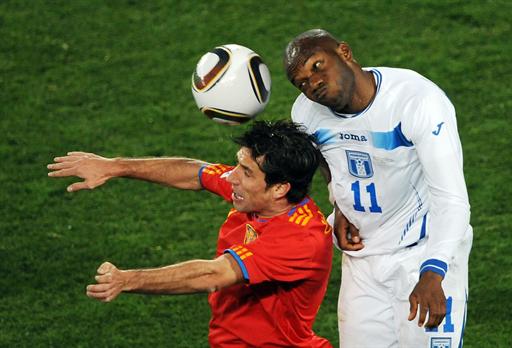 As the third and final match day of the group phase swings into action all group games will be played simultaneously, to avoid fix scenarios as coaches, players and fans desperately work out arcane mathematical scenarios under which their teams could potentially squeeze into the last-16.

Group A: Mexico, Uruguay in fair play pledge, in-fighting at France, SAfrica
The coaches of Mexico and Uruguay joined forces on Monday to dismiss suggestions they might collude to produce the draw that would put both their teams into the World Cup last 16.

In the case of a victory for either Mexico or Uruguay, the door would swing wide open for France to qualify should they beat South Africa by a wide margin. The first qualifying criteria in the case of equal points is goal difference, and France is currently if five behind Uruguay and four behind Mexico.

Bookmakers are still taking bets on a draw between the two Latin American sides, but with very low odds.France is in a state of disgrace after the meltdown concerning the exclusion of Nicolas Anelka and the players strike which followed. And whatever happens in the match with South Africa it appears the French public will never forgive this squad.AS for South Africa and the home fans, who knows how they will react should they become the first host nation to fail to reach the knock-out phase. It is still mathematically possible, but unlikely that they will beat France by a wide margin and hope the other match is also a one sided affair.

There have also been claims of divisions in the South African team, with players from the eastern kwaZulu-Natal province allegedly unhappy with what they consider to be underperforming ‘superstars’ from Johannesburg and Pretoria.

Mexico go into their match on the back of a famous win over France and have never lost to Uruguay in a competitive game. But it is Tabarez’s Uruguay squad who have arguably looked the more impressive here, having held France to a draw and then beaten hosts South Africa 3-0.

Group B: Argentina cool, Greece, Korea and Nigeria sweat
Argentina are in the Group B driving seat with six points from two games and a goal difference boosted by a 4-1 win over South Korea, but the Asians and Greece could still dump the Latin Americans out should things roll their way.

Diego Maradona plans on making seven changes to his starting lineup for their match with Greece, but star Lionel Messi will play Tuesday because benching him would be sinful.

Maradona is confident some of them could earn their way into the starting line up if they play well against Greece. “They all have a chance. They will fight for a position. That’s the motivation.

“Greece meanwhile have vowed to batten down the hatches Argentina, and Aris Salonika midfielder Sakis Prittas admitted that Greece would have their work cut out. “All teams make mistakes but we’ll have to be very good in defence for the full 90 minutes, and hopefully we’ll be able to surprise them with a goal,” Prittas said.

Nigeria coach Lars Lagerback admitted that he was not counting on Argentina to do them any favours in their unlikely bid to qualify for the second round. The Super Eagles need to beat South Korea and hope that Group B table-toppers Argentina beat Greece.

Lagerback, with more than 20 years involved in the Sweden national set-up behind him before joining Nigeria, said that you could always expect the unexpected in football — within reason. “We can but hope Argentina help us along the road,” the Swede said.

“What I know from all my years in football is that nothing is impossible. Of course, Greece can beat Argentina, but I don’t expect that. “A victory for South Korea over win-less Nigeria would ensure them a place in the knock-out phase, but a draw would leave them relying on Argentina beating Greece.

The Manchester United winger Park Ji-sung said that South Korea would not be on the defensive, hinting that the gameplan might involve pressuring Nigeria into conceding an early goal.