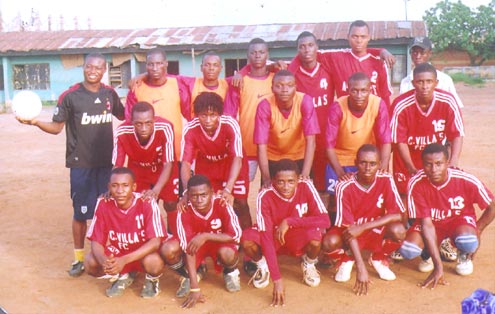 â€¢Action Villa Football Club: Getting set for a tour of Benin Republic.

Chief coach of Action Villa Football Club of Agege, Uwandi Augustine has revealed his plans to go on a tour of Benin Republic with his club.

The aim is to play some friendly ties with teams in Port Novo. The coach said it has been his dream to embark on this trip with his boys to enable themÂ  garner more experience.

Speaking on how he secured the trip, Uwandi said: â€œGod sent someone to my club who signed one of my players for one of the clubs in Port Novo.

â€œFrom then I have been able to make contact with some of the teams. Not long ago, I receieved an invitation to bring my senior team to play friendly matches in Port Novo.â€

He also revealed that his lads will depart Nigeria for the West African nation any time from 25 August, where they will spend two weeks. According to him, they are expected to play four clubs in friendly games, the first match being against Benin Republicâ€™s Immigration football team.

Meanwhile the clubâ€™s Under 17 squad will also be travelling to Idi-Iroko in Ogun State for the Unity Cup, an annual football fiesta sponsored by the Oba of Oke Odo in Idi-Iroko. The Agege boys participated in the last two editions of the competition and were semi finalists on both occasions.