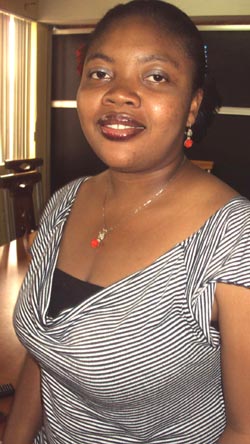 Budding actress, Isioma Ugbebor Ezine, says she is ready to act any role given to her in the Nigerian movie industry.

The 22-year-old actress, who joined the movie industry in 2008, said it is her time to shine.

TheScience Laboratory student of Auchi Polytechnic told NollywoodReel that â€œacting has always been my first love, and that was why I started from a drama group in my church. I was five years old then, and ever since, my passion for acting has been growing by the day.â€

Her role models are Ngozi Ezeonu and Mercy Johnson â€œbecause they have charisma and I like the way they handle their roles perfectly.â€

Ezine, who has already featured in two flicks titled Edudu Festival and Lost Princess, said: â€œI look forward to becoming a movie star like them. My father was not in support of this job initially, but when he realised that my passion for the job was burning stronger daily, he accepted and now gives me the maximum support I need.â€