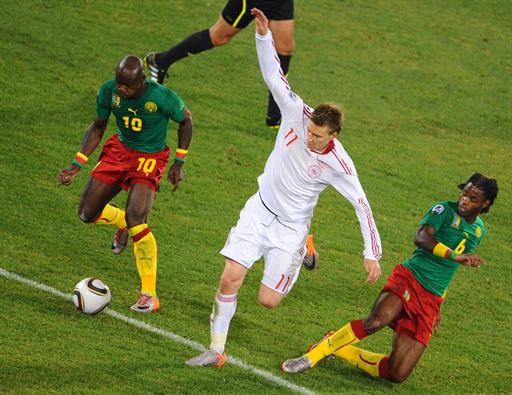 Cameroon’s veteran centre-back Rigobert Song became the first African player to play at four World Cups on Thursday when he came on as a late substitute in his country’s 2-1 defeat by Holland.

The former Liverpool, Lens and Galatasaray defender, who will be 34 on July 1, was brought on in place of Nicolas Nkoulou in the 73rd minute of Cameroon’s final Group E game.

Song made his World Cup debut in the United States in 1994 and also represented his country in France in 1998 before captaining The Indomitable Lions at the Japan/South Korea tournament in 2002.