I Didnâ€™t Have Sex With Two Friends â€”Nnena 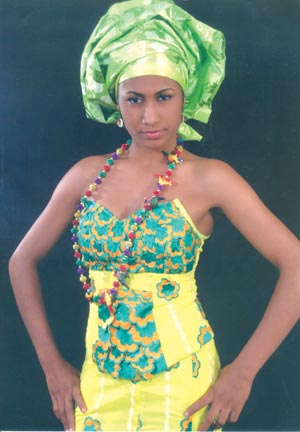 Fast-rising actress, Olayinka Olukunga, otherwise known as Nnena, has denied the rumour spreading like wild fire that she was recently involved in a sex romp with two friends.

Reacting to the report published by a soft-sell magazine recently, Nnena, who got the name from the popular Wale Adenuga Productions serial, Nnena & Friends, where she is playing the lead role, described the rumour as the handiwork of her detractors.

While admitting that she has a serious relationship with Atewo, a member of the Hip Hop group, Skuki (who was also mentioned in the report), Nnena said she didnâ€™t have any affair with the other guy in question.

Nnena said: â€œYes, I have a serious relationship and the guyâ€™s name is Atewo. He is my guy and we are both serious about our relationship. The other guy mentioned in the story made me laugh because I donâ€™t have anything big with him.

â€œWhen I saw the story, I felt really bad and could not imagine why such stuff was fabricated about me, but I shouldnâ€™t see it as enough reason to look back. Itâ€™s a blatant lie.â€

The Lagos State-born actress is a Marketing student of the Lagos State University. She is also a singer and model.