Italy out of World cup! 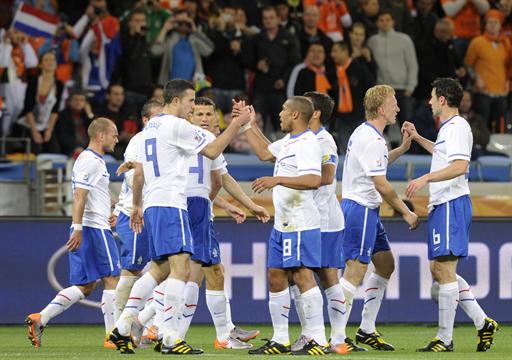 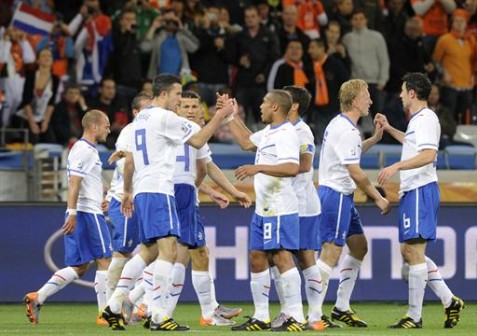 Paraguay won Group F with a 0-0 draw against New Zealand but the big news is that Italy are out of the tournament after crashing to a 3-2 defeat against debutants Slovakia who take second spot. In Group E, Japan claimed second spot behind the Netherlands after comfortably defeating Denmark 3-1 while the Dutch saw off winless Cameroon 2-1. Paraguay will now play Japan while the Dutch take on Slovakia in the last-16.
Japan join Holland in World Cup last 16

Japan qualified for the last 16 of the World Cup as Group E runners-up after beating Denmark 3-1 on Thursday while Holland won the group with a 2-1 victory over Cameroon.

Superb free-kicks by Keisuke Honda and Yasuhito Endo in the first-half put Japan on their way and although Jon Dahl Tomasson pulled one back after converting his missed penalty, the Asians wrapped up their second round spot in style with a third goal from Shinji Okazaki in the dying minutes.

Their only previous qualification for the knockout stage was on home soil when they co-hosted the tournament with South Korea in 2002.

Denmark had to win to qualify but a mistake from the usually reliable ‘keeper Thomas Sorensen on the first Honda free-kick gave them an uphill battle they never climbed.

The Netherlands meanwhile took advantage of goals from Robin van Persie and Klaas-Jan Huntelaar either side of a Samuel Eto’o penalty that guaranteed they finished the group stage with a perfect record of three wins from three wins.
Italy out, Slovakia, Paraguay through

Reigning champions Italy sensationally crashed out of the World Cup on Thursday, losing 3-2 to Slovakia, who reached the last 16 along with Paraguay after the South Americans’ 0-0 draw with Group F rivals New Zealand.

Robert Vittek was Slovakia’s hero with two goals before Kamil Kopunek’s clincher against a poor Italian side who finished bottom of the group and for whom Antonio Di Natale and Fabio Quagliarella netted consolation strikes.

The elimination means both 2006 World Cup finalists, Italy and France are already on their way home after disastrous campaigns.

Italy threw everything forward in a desperate last push for the equaliser that would have saved them but it was all in vain as Slovakia on their World Cup debut held on to book a second round match against the Netherlands. Paraguay topped the group after their stalemate with New Zealand left them on five points to four for the Slovakians.