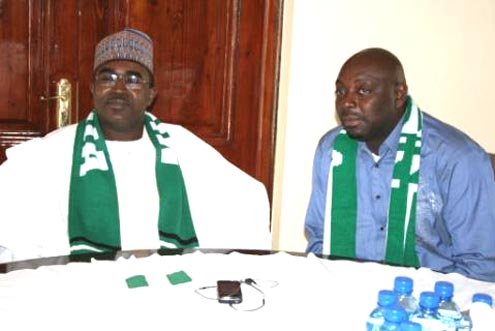 The former military governor of Lagos State pledged his support for the Actorsâ€™ Guild when he hosted some Nigerian actors led by Arinze in Pretoria, South Africa, recently.

Marwa said he has been monitoring the progress of Nollywood for sometime now and he is proudÂ  the industry is setting a pace on the continent.

He, however, urged the actors to keep the flag flying and continue to portray Nigeria in a good light to the outside world, adding that the rich culture of Nigeria should be well propagated in movies so that other countries can embrace it.

Therefore, he has commenced plans to make this yearâ€™s 50th IndependenceÂ  Anniversary Celebration a memorable one by hosting Nollywood practitioners in South Africa.

The four-day event will witness some key players in Nollywood delivering speeches on how Nollywood can become one of the highest money spinning ventures in the world.

According to Arinze, â€œthis is an initiative that is going to involve every practitioner and stakeholder in Nollywood because it is a developmental issue. During this event, there will be film exhibitions, seminars and other things, and it is a good development that the Nigerian Commission in South Africa is behind it.â€