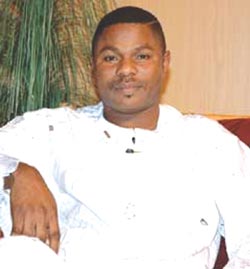 Controversial seer, Erelu Agbaye, who alleged that Yinka Ayefele used his spinal cord for ritual in order to be wealthy and famous, was recently cautioned by the Oyo State Police Command on the issue.

learnt that when the news was becoming embarrassing, Ayefele said he decided to visit the church by himself, sayingÂ  â€œbecause it is becoming so scandalous, I was not happy with the rate it was going. Even my fans were not happy too.â€

Speaking with P.M. Entertainment on the issue, Ayefele said that although the police made him understand that people say so many negative things about people,Â  â€œI am the only crippled singer and I have not used my spinal cord for ritual or fame.â€

There have been controversies following the outburst of Erelu in one of her recent preachings that before she became a servant of God, Ayefele was one of the desperate Nigerians that approached her for assistance on money ritual.

According to her, when Ayefele approached her then, that he wanted to use his spinal cord for money ritual and fame, she advised him not to do so, but the musician insisted.

Following this outburst which stirred a lot of controversies, Ayefele has been bitter, trying to debunk the claim in the media. He even went to the extent of threatening a legal action against a magazine that first published the controversial story.

However, the management of the magazine insisted that they have the video clip of Ereluâ€™s statements and told Ayefele to challenge the woman of God rather than the magazine.

About two weeks ago, P.M.NEWS gathered that Ayefele ordered the arrest of Erelu during her visit to Ibadan, but she was later released on bail.