US Imposes Travel Ban On Aondoakaa 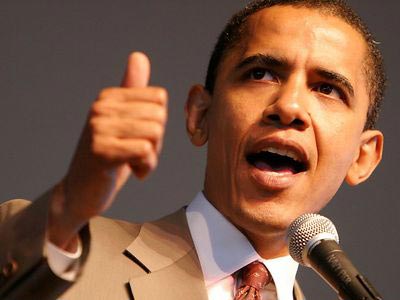 President Barack Obama has signed an order banning Nigeria’s former Attorney General, Michael Aondoakaa from entering the US. The order was signed last week, making Aondoakaa the first Nigerian former public official sanctioned since the return of democracy in 1999.Â  The US government had warned at the United Nations on Monday that several corrupt officials in Africa face travel bans and visa revocation as a way of combating corruption.

Saharareporters had reported that during the dying days of the Yar’adua regime several members of his kitchen cabinet were listed for visa ban by the US government. Also last week, Saharareporters revealed that Aondoakaa was being investigated by the Serious Organized Crimes Agency of the United Kingdom over money laundering activities.

A US State Department source told Saharareporters that the travel ban on Aondoakaa would also be extended to two of his children or relatives who were granted student visas. â€œThe US will not welcome public officials who abuse their office or engage in questionable or illegal conduct,â€ said the source, adding that Washington deplored some of the activities that took place during Aondoakaaâ€™s tenure as attorney general.

Saharareporters if the two Aondoakaa children or relatives affected by the travel ban are currently in the US. However, we could confirm that three of Aondoakaa’s daughters are currently living in London with his second wife, Susan.

Two of those daughters are college students in London while a third one attends a private school. Elizabeth Aondoakaa attends City University of London and Anna Aondoakaa is a student at the University of Surrey. The youngest daughter, Susan Nwese Aondoakaa, is at a private primary school in London.

Our sources further revealed that two of Aondoakaaâ€™s sons, Akugha Aondoakaa and Samuel Aondoakaa, and a daughter from his second wife, now live in London with Aondoakaa’s first wife, Susan. The former attorney generalâ€™s second wife lives in a secluded mansion in the Rayfield GRA area in Jos where Aondoakaa mostly hid expensive cars he received from various corrupt public officials and companies.

A source in the Federal Ministry of Justice in Abuja told Saharareporters that Aondoakaa â€œwas notorious for running extortion schemes during his time as the attorney general,â€ adding that the rogue former AGF greedily accepted cash, cars and land from serving or former government officials known to have looted the public treasury.