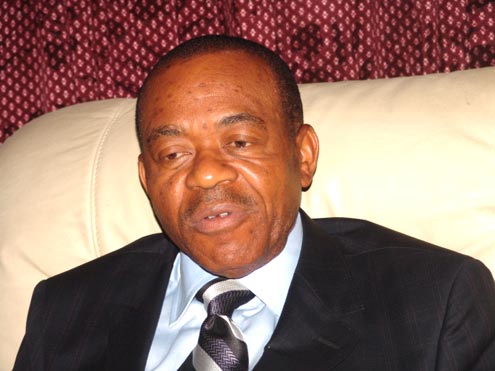 The resignation of Abia State Governor, Theodore Orji from the Peopleâ€™s Progressive Alliance has confirmed the report by the TheNEWS that all has not been well between the governor and his godfather, Chief Orji Uzor Kalu, the immediate past governor of the state.

TheNEWS in the cover story of its Volume 34, Number 21 edition entitled Battle of The Orjis: Mounting Problems of the Abia Governor, reportedÂ  the frosty relationship between Theodore Orji and Orji Uzor Kalu who played no small role in his emergence as governor of Abia State.

Although the Abia State governor debunked the story through newspaper advertorials and interviews,Â  the latest development has shown that the magazine got its report right.

TheNEWS had cited many cases which showed the true situation between the two gladiators. Kalu and his mother,Â  Eunice, were said to have demanded from Orji the political IOU they gave him. Hence, some of the juiciest contracts in the state were reserved for Zerock Construction Company Limited owned by the Kalus.

This has reportedly had a negative effect on the development of the state as some of the contracts had been poorly executed. It was also reported in the same edition of TheNEWS that Orji had been trying to break from the leash of Kalu and his mother, when he dissolved his cabinet whose members were largely nominated by the former governor.

Indeed, the governor blames his non-performance on the huge debt he inherited, one claim Kalu is displeased about.

The effort to reconstitute the cabinet with his own men was resisted. Kalu and his mother reportedly used the party and the legislature to block the move. Orji had to operate without a cabinet for four months until an arrangement was worked out between the Kalus and the governor.

Referring to sources, TheNEWS said that Kalu had been working to stop Orji from seekingÂ  re-election on the platform of PPA for the governorship of Abia State in 2011.

The magazine noted that Kalu preferred Orji to do just a term, while his own brother, Mascot (Kalu), the Abia State governorâ€™s Chief of Staff was to supplant him in 2011. The magazine reported intrigues leading to the dismantling by PPA of groups clamouring for a second term for the governor.

Another evidence cited by the weekly magazine was what happened two years ago during the Democracy Day celebrations at the Orji Uzor Kalu Stadium, Umuahia when Kalu defied protocol by walking straight to the podium whenÂ  Orji was speaking, got the microphone from the governor and argued that he was not responsible for the governorâ€™s failure to deliver on the promises he made to the electorate.

Governor Orjiâ€™s reaction to these revelations was to say that TheNEWS was lying. His aides called the magazine names and swore at its reporters and editors. But with the statements made by the PPA and reaction from the governorâ€™s camp, it is obvious who had been lying.

It is speculated Governor Orji could end up in All Progressive Grand Alliance, but he could also be tempted to to return to the Peoples Democratic Party, PDP.

A close confidant of the governor was quoted by a newspaper to have said the governor would join a democratic party that would give tickets to aspirants who would not have to depend onÂ  letters of attestation by Kaluâ€™s mother, which also confirms TheNEWS findings that the governorâ€™s camp saw Orjiâ€™s mom as too overbearing.

Meanwhile, P.M.NEWS checks in Umuahia showed palpable calmness in the state capital while the politicians are singing liberation songs that they have been set free from bondage.

P.M.NEWS gathered that Governor Orji played a fast one on the committee set up by the National Executive of the party to try him. The committee headed by PPAâ€™s National Chairman had concluded plans to expel him after being indicted.

Sources said that that was why the governor refused to appear before it in person but responded to all the accusations in writing which the committee is yet to acknowledge and the governor insisting that his response be made public.

Some months ago Governor Orji had boasted that nobody could sack him from PPA he helped to build when the frosty relationship between him and his political godfather, Dr. Orji Uzo Kalu, who is also the chairman Board of Trustees of the party, worsened, with Kalu vowing to disgrace the governor out of office.

Furthermore, Mascot Uzo Kalu, younger brother to Kalu and Orjiâ€™s chief of staff, has resigned his position on the ground that he is returning to the United States of America where he came into the government in 2007.

Some observers who spoke to P.M.NEWS said 2011 may likely end the grip of Orji Uzo Kaluâ€™s family on the Abia people for the past eleven years.

However, it is touted that Orjiâ€™s deputy,Â  Akomas will likely to be picked as PPAâ€™s governorship candidate in 2011 if things go as planned.