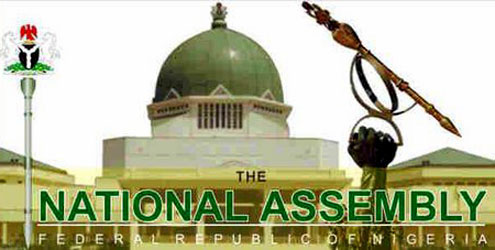 Members of the House of Representatives at the plenary of the lower chamber this morning condemned yesterdayâ€™s decision of President Goodluck Jonathan to suspend Nigeriaâ€™s participation in tournaments organised by FIFA for the next two years, describing it as not well thought out.

The lawmakers, who feared that the decision will have a retrogressive effect on the development on football and most certainly attract sanction on the country from FIFA therefore asked President Jonathan to rescind the decision.

Honourable Emmanuel Jime had drawn the attention of the House to the Presidentâ€™s action in a motion he moved immediately proceedings commenced in the House this morning.

The Benue State Reps member said though the performance of Nigerian team in the ongoing competition is disappointing, it is not the worst as two previous winners of the competition- Italy and France were also kicked out in the first round of the competition.

Honourable Jime said President Jonathanâ€™s decision to suspend Nigeriaâ€™s participation in international soccer tournaments is not a well thought out one as it will have a negative effect on the development of football in Nigeria.

Jime added that similar withdrawal from the CAF organised Nations Cup in 1996 had a very negative effect on football development in Nigeria. While speaking in support of the motion Chief Whip of the House, Honourable Emeka Ihedioha said it is disappointing that Nigeria spent huge sum of money to participate in the 2010 World Cup without nothing to show for it.

Ihedioha, however, put the blame at the doorstep of the Nigeria Football Federation, NFF, which he said has lost focus and is more of a bedrock of corruption.

He said while there is need for the executive arm of government to find the way forward for the development of Nigerian football, withdrawal of Nigeriaâ€™s participation in international competition as ordered by President Jonathan will have the most significant retarding effect on Nigerian football.

He also expressed fear that FIFA may further ban the country for additional two years instead of the two years the country said it will keep off from the international stage.

Ihedioha therefore asked the Presidency to reconsider the withdrawal order.

In his own contribution, Honourable Hakeem Gbajabiamila said banning the Super Eagles from participating in international competitions because of the poor performance in South Africa is like withdrawing a child from school because of poor performance. Gbajabiamila said the decision of the President and the presidency is counter productive and amounts to killing a fly with a sledge hammer.

Honourable Abdul Ningi said there has not been history of any country withdrawing from FIFA competition. He said while the agony of the presidency is understandable, the decision to withdraw from the FIFA organised competition may mean that Nigerian cannot even participate in tournaments organized by the Confederation of African Footbal, CAF.

However, the House minority leader spoke in support of the action of the President. But when the motion was put to vote, majority of the members supported the motion asking President Jonathan to reconsider his decision to withdraw Nigeria from international competition for the next two years.