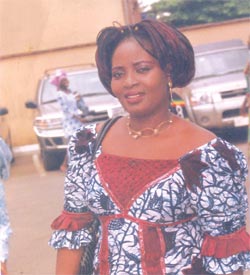 Aweni, who debuted with Concentration and followed by Wakadose, is presently in a private studio working on a yet-to-be titled album, which will be released soon on Lati Alagbada Records label.

The talented singer, who was with Salawa Abeni for about 10 years, told P.M. Entertainment that after the recording of the album, she will go on vacation to the UnitedÂ  States of America for three weeks, adding,â€œI deserve some rest after working so hard for so long.â€