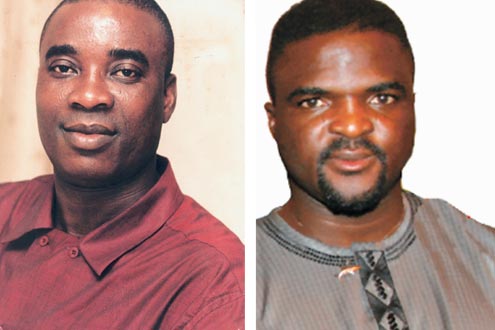 The last may not bave been heard about the supremacy war between the National Chairman of Fuji Musicians Association of Nigeria (FUMAN) and Paramount King of Fuji, Abass Akande Obesere and Fuji King Wasiu Ayinde a.k.a. K-1. Obesere has said it is going to be battle to the finish if K-1 continues to malign him over the chairmanship ofÂ  FUMAN.

Speaking with P.M. Entertainment, Obesere said that since he was appointed the National Chairman of the association, Wasiu Ayinde has been going about sponsoring his stooges to destroy the association with the intention of removing him from office, adding that that cannot be possible.

â€œI am ready for him. He canâ€™t succeed, he knows that. He tried it once and did not succeed, so there is no way for him. I wonder why he is always jealous of my achievement,â€ Obesere fumed. He vowed that he will match K-1 money for money and strength for strength.

In his own reaction, Wasiu Ayinde said he is not ready to trade words with Obesere because he is not relevant.

Speaking through his manager, Percy Ibikunle Ademokun, the frontline musician saidÂ Â  when Obesere is about to release an album, he always looks for controversy to make himself relevant in the scheme of things.

According to Wasiu, “FUMAN or no FUMAN, I am the ultimate king of fuji music. I play good music and make money, so what else do I want?â€