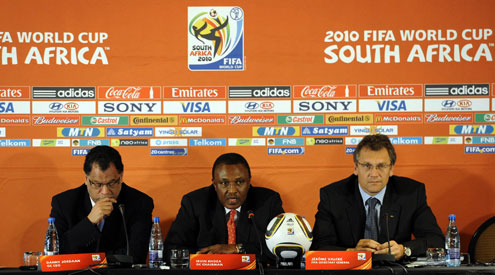 The Federation of International Football Federation, FIFA may have suspended its plan to ban Nigeria over interference in the adminitsration of football in the country.

FIFA said in a statement at about 8:43 pm this evening that Nigeria met the deadline given to the government to rescind the decision to withdraw the Super Eagles from international competitions.

”The Nigerian Government has today confirmed in a letter to FIFA that it revokes its decision to withdraw Nigeriaâ€™s participation in all FIFA and CAF organised competitions for the next two years.

”In addition, the Nigerian Government also recognises the currently elected executive of the Nigerian Football Federation, NFF”, FIFA said in the statement.

It was disclosed that the letter from Nigeria was received by FIFA before today’s 6 pm deadline set last Friday 2 July, and follows mediation talks between FIFA Executive Committee member Dr Amos Adamu and the Nigerian Government.

”Therefore, the NFF remains vested with all its statutory rights”, concluded the statement from the Media Department of FIFA.

The implication of this is that Nigeria would not be banned by FIFA, while the impeachment of NFF President, Alhaji Sani Lulu with the other two members, has been ratified.

Also, Aminu Maigari, who was elected last weekend as an interim leader of the body by the Executive Committee, has been given all powers to adjudicate on football affairs in Nigeria henceforth.

Meanwhile, FIFA says it will meet and make an official statement on Nigeria tomorrow.