Oritsejafor Is New CAN President 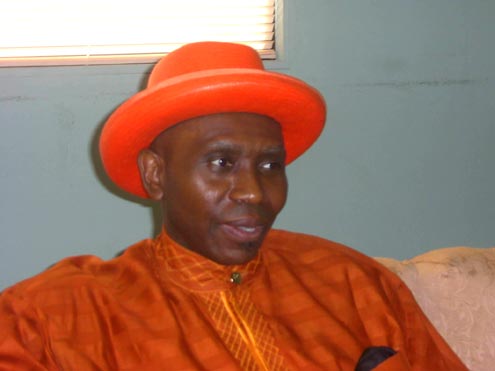 National President, Pentecostal Fellowship of Nigeria, PFN, Pastor Ayo Oritsejafor was today in Abuja, Nigeria, voted in as the new President, Christian Association of Nigeria, CAN.

The contest was between Oritsejafor and Arch-Bishop John Onaiyekan, the outgoing National President, CAN, and the contest went as predicted with Oritsejafor favoured to win the election.

There was no surprise therefore when Oritsejafor polled 66 out of the 104 votes cast by members of the National Executive Council, NEC to emerge the new president while Onaiyekan polled 38 votes and will now be the Vice President of CAN, unless he declines.

If he declines to be the Vice President by virtue of his having been president before, Right Rev. Daniel Okoh, who came third at the Electoral College last month would automatically take Onayekanâ€™s place as Vice President.

The race for the president of CAN was narrowed down between Oritsejafor and Onaiyekan on 21 June, 2010 when Oritsejafor won the Electoral College, polling eight votes, Onayekan four votes and Okoh, three votes.

Earlier in the day at the CAN National Headquarters, Abuja, the place was agog as members of the NEC thronged the venue to cast their votes for the candidate of their choice.

Oritsejafor, before the election, was highly favoured to win as he had earlier won at the Electoral College in Abuja and because of his pedigree.

Oritsejafor was the favourite candidate because members of the association were yearning for a change of leadership after a long period of ineffectiveness, while Oritsejafor had been able to take PFN to an enviable position as he is already in his second term as president.

It was gathered that Onaiyekan did not properly handle the series of religious crises in the North where thousands of Christians had so far been killed, especially in Jos, Plateau State.

The Northern Christians were said to be disenchanted with Onayekan, who still did not believe that the crisis in the North was a religious one, branding it a political crisis much to the chagrin of the Christians in the North.

The Northern Christians believed that the crisis was purely religious as hundreds of churches had been burnt while lives were also lost without much help coming from the Onaiyekan-led executive of the CAN.

According to them, if it was a political crisis as claimed by Onayekan, why were the hoodlums burning churches instead of political offices, flags or property, adding that they needed somebody else who could adequately represent and protect their interest in the North?

To them, Oritsejafor fitted into that shoe as he had been speaking on the need for the Federal Government to put machinery in motion to curb the religious crisis in the North, especially Jos that had been a theatre of wanton killing of Christians and destruction of properties worth billions of naira.

However, the pattern of voting used by CAN, according to its constitution was Simple Majority, where the winner takes all.

The 105 NEC members who voted were drawn from the five blocs in CAN, which included the Catholic Church, Christian Council of Nigeria, Organisation of African Instituted Churches, Evangelical Church of West Africa, ECWA, and the Pentecostal Fellowship of Nigeria. Each of theses blocs produced 10 members to vote at the election.

Other members of the body included the Women Wing and the Youth Wing, which have a member each represented at NEC.Â  There are also 37 members, one drawn from each state of the federation including Abuja.

Among the NEC included 10 members as national officers and one representative from the 36 states of the federation and Abuja.

Oritsejafor’s victory would be presented to the General Assembly of CAN tomorrow for ratifcation as the new president of the association.