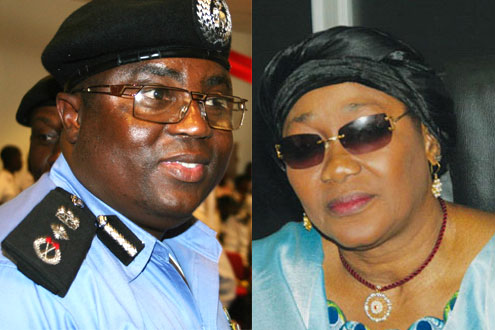 A Lagos businessman, Alhaji Safiriyu Adebanjo Kazeem, has commenced a committal proceedings against the Chairman, Economic and Financial Crimes Commission, EFCC, Mrs. Farida Waziri, and the Inspector General of Police, Mr. Ogbonnaya Onovo, for disobeying the order of a Federal High Court in Lagos, Nigeria.

What led to the proceedings started in 2008 when the applicant, Adebanjo, was approached by his business partner, Mrs. Biodun Folashade Omotade, when their relationship was cordial. She wanted to invest in the petroleum business with Adebanjo and she then invested N300 million.

He accepted the money on the condition that if she was no longer interested in the business, she can convert her investment into a loan.

However, when the relationship went awry, Mrs. Omotade demanded for the immediate payment of the money and Adebanjo later issued a postdated cheque that was not honoured in the bank.

Consequently, Mrs. Omotade petitioned the EFCC which necessitated the applicant to file a fundamental human rights enforcement suit at a Federal High Court in Lagos.

After listening to the counsel to the applicant, Mr. Olusina Sofola, the presiding judge, Justice Binta Nyako said the court, having observed the applicantâ€™s goodwill and making substantial payment, ordered that the account of Alhaji Kazeem Adebanjoâ€™s company should no longer be frozen.

But the EFCC reportedly failed to obey the courtâ€™s order.

He was later taken to his house in Magodo area of Lagos State where the Certificate of Occupancy, C of O, of his piece of land and jewellery were taken away.

The applicant has since remained in police custody.