Julius Agwu Back With Crack Ya Ribs 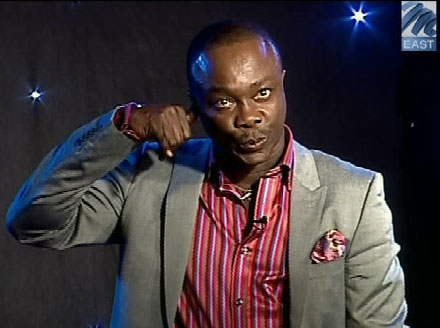 Crack Ya Ribs has always been an exciting night of classy music, dance and comedy that has featured some of the best entertainers in the music industry like Dâ€™Banj, Timaya, P-Square, 9ice and others.
This
yearâ€™s show holds on 1 August at Transcorp Hilton Hotel, Federal Capital Territory, Abuja, while the London edition is scheduled for 29 August, 2010.

â€œThe residents of the Federal Capital Territory should get ready for a show that would forever linger in their minds. They should be ready to welcome on stage their favourite entertainers in this part of the world. For the fact that it is even an anniversary edition, we are not ready to settle for less,â€ said Agwu, who recently hosted P-Square Live In Concert show in America.

He is also working towards the release of his third album tentatively titled The Genius. ItsÂ  listening party was held few weeks back at Terra Kulture, Victoria Island, Lagos.

Some of the tracks on the album include Good People, Great Nation, Experience, Hello My Baby, Mind Them and No Mind Them featuring 2Face Idibia, while the video of his second album, Experience, was released same day he held the listening party.