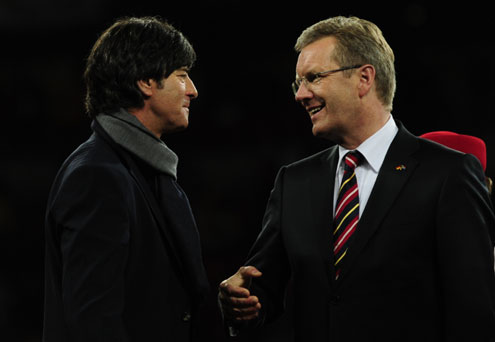 Joachim Loew hailed Germanyâ€™s spirit after they came from behind to defeat Uruguay 3-2 in a thrilling game on Saturday and secure third place at the World Cup.

â€œIn the second half, when we were forced to dig deep, we saw the mental strength the team had to resist and then snatch victory,â€ said the Germany coach.

â€œIâ€™m pleased with that, the team deserves it. Altogether, what weâ€™ve achieved, we never would have expected it eight or nine months ago.â€

The three-time champions were hit by a series of injuries to key players, including captain Michael Ballack, on the eve of the World Cup but responded with some thrilling performances despite the inexperience in their ranks.