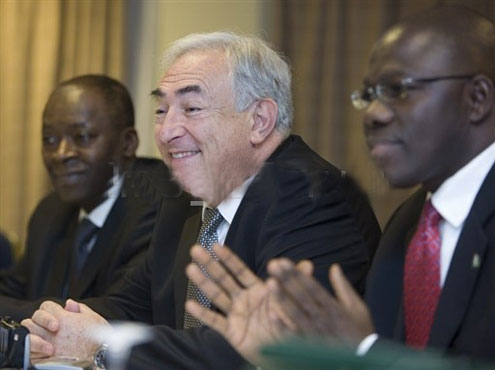 Nigeria National Petroleum Corporation, NNPC is bankrupt, Remi Babalola, the Minister of State for Finance told state commissioners of finance at the meeting of the Federation Account Allocation Committee, FAAC in Abuja today.

The Minister said as a result, the oil corporation owes hundreds of billions in unpaid debts. “NNPC is insolvent as current liabilities exceeded current assets by N754 billion as at December 31, 2008,” said Babalola.

The Minister told the commissioners that NNPC had wrote him a letter yesterday to explain its dire financial situation. According to the Minister, the company had indicated in the letter that the financial difficulties it is facing is responsible for its inability to pay for domestic crude and fuel imported to the country as at when due.

“The financial difficulties essentially stem from disequilibrium between costs and cash inflow streams,” Babalola quoted NNPC as saying in the letter.

The Minister also said NNPC has been spending huge amounts of money to repair some of its infrastructure vandalizedÂ  in the Niger Delta and has also suffered production losses from the damage.

Babalola said NNPC had also consequently indicated that with the current situation, it could not pay the N450 billion which it owed the federation account.

There have been clamour for the payment of the N450 billion by cash strapped states of the federation since last year.

The Company however said it is being owed N1.156 trillion naira in subsidies payment by the Federal Government. The payment of this obligation, the company said will enable it pay its debt to the Federation Account.