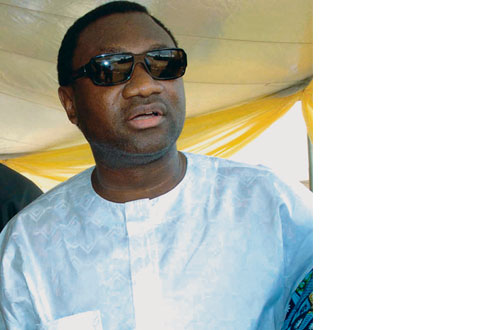 Although the crisis-torn African Petroleum Plc has appointed a new helmsman, Michael Ahme, P.M. NEWS can authoritatively reveal this morning the root of the problem that led to the departure of the companyâ€™s immediate managing director, Mr. Tunde Falasinu and the executive director, finance and information technology, Mr. Clement Aviomoh.

P.M NEWS learnt the departure of the top officials of the company had something to do with the way the chairman of the company, Mr. Femi Otedola was trying to choke it with the massive debts that he had amassed through his private companies.

According to company insiders, Mr. Otedolaâ€™s companies owe UBA alone N32 billion and Zenith Bank N22 billion. He also owes GTB, FCMB and Accessâ€”altogether running into about N150 billion. The banks are said to be impatient to collect their money, making Mr. Otedola turn to AP to pay the debts, by forcing the publicly quoted company buy products from his private companies at inflated prices.

AP has thus been recording losses, because it has not been buying its products at profitable levels. At the moment , the loss for the company has reached N50 billion.

According to a petition written to the Nigeria Stock Exchange, the Securities and Exchange Commission, and Inspector General of Police, Aviomoh, former director of finance said the losses were caused by the sharp practices of Mr. Otedola. Aviomoh sent a copy of the six-page petition to the police because the offences being alleged amount to â€˜fraudâ€™.

â€œThe things that Otedola is using the company for can send anyone to prisonâ€, said a company source to P.M.NEWS this morning.

Aviomoh in his petition accused Otedola of using unprofessional methods to run the company and that the chairman was ready to sacrifice anyone trying to block his way. He said he decided to expose the fraud in the company for â€˜record purposes and for posterity to judgeâ€™.

â€˜â€™In 2009, some of the companies owned by the companyâ€™s chairman, Mr. Femi Otedola, viz: Zenon Petroleum and Gas Company Limited, Platinum Fleet Limited and Fineshade Energy Limited, started selling products to AP at prices higher than normal, at times higher than the retail price at gas stations, thereby resulting in losses to the companyâ€.

But Aviomoh insisted that the company was posting losses and that Otedolaâ€™s companies are owing AP N15 billion.

It was against this background that Mr. Falasinu resigned his position. His resignation was accepted by the companyâ€™s board at its meeting on 5 July.

Otedolaâ€™s mounting debts made him to tumble out of Forbes billionaire list last year, an indication that his private financial fortune was declining. Already, he has an issue with Access Bank, leading to the freezing of APâ€™s accounts in some banks, on the orders of a Lagos High Court.