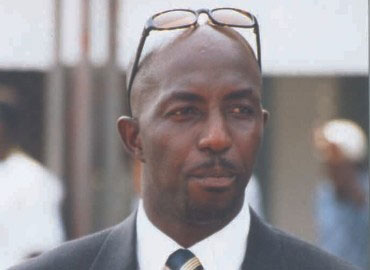 The new Technical Adviser of Heartland FC, Samson Siasia said he is in Owerri for real business and cannot anticipate failure in his new assignment.

Siasia was presented to the media in Owerri by the Imo State Governor, Chief Ikedi Ohakim who was represented by his Chief of Staff, Chief Emma Ohakim, as the man that will lead the CAF Champions League campaigners, Heartland FC in their renewed but vigorous search for an African title this season.

The Beijing 2006 Olympic silver winning coach said he accepted the offer to coach Heartland because the club has become a big name in African football and would serve as a good springboard to prove another point in hisÂ  career.

He said he knows most of the players he met on ground and therefore does not anticipate any problem in assembling a new squad despite the short time left for the team to resume its campaign.

Siasia had flown into OwerriÂ  to formerly assume duties with the Naze Millionaires with whom he had since moved to a closed camping at Nnewi in Anambra State. Meanwhile, Imo State Governor, Chief Ikedi Ohakim said he decided to hire Siasia as the Technical Adviser of Heartland FC because he wanted to see the dream of many Nigerians who are wishing for the team to win the CAF Champions League title this season to come true.

Chief Emma Ohakim said the government studied Siasiaâ€™s pedigree and a seasoned coach and decided he was the right man for the job which lapses for six months in the first instance.