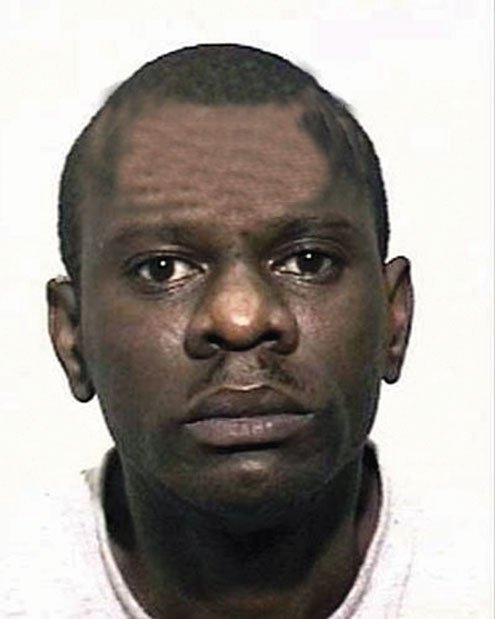 Emotions were teeming in court Wednesday as Yasmin Asharehâ€™s killer William Imona-Russel was sentenced to life imprisonment with no chance of parole for 25 years.

Victim-impact statements revealed a deep sense of betrayal and anger at the Canadian immigration and justice systems that enabled the 36-year-old HIV-positive Nigerian to rape and murder the 20-year-old Toronto woman in July 2006.

That murder occurred more than two years after he was ordered deported as a failed refugee claimant and while he was on bail for two rapes against a former girlfriend in March 2005. He is still appealing on compassionate and humanitarian grounds.

The contrast between Imona-Russel and the victim and her family is strikingly stark.

Murder victim Yasmin Ashareh helped the poor as a volunteer and dreamed of helping the less fortunate as a social worker. Her family escaped from war-torn Somalia and have been model immigrants. Her mom Asha worked two jobs and seven days a week to support her family, putting her four children through university.

One is an accountant, another a critical care nurse and her youngest son is a university student.

â€œThis system betrayed Yasmin, a Canadian citizen who on the day she was raped and murdered worked eight hours to pay tax to a system that was providing HIV medication and disability pension to her killer,â€ said Asha Ashareh in her heart-felt impact statement.

â€œA system that let him add insult to injury by creating a false story about Yasmin (that they were lovers to explain his semen) because he looks down on the whole Canadian society and believes the Canadian justice system is a joke,â€ said Ashareh.

Before the sentencing, the mother hugged seven members of the jury, who convicted Imona-Russel of first-degree murder Tuesday.

Imona-Russel initially denied knowing Ashareh, who had moved into his Rexdale rooming-house only two days before her murder.

At trial, he testified they had consensual sex but he snapped in a alcohol-fuelled rage and killed her by stabbing her repeatedly with scissors. Yasminâ€™s sister Suad said Imona-Russel placed Yasminâ€™s body inside a hockey bag at a garbage pick-up site to evade responsibility for his heinous crime.

â€œYour darkness in hiding such a horrific, barbaric crime was exposed by God,â€ said Suad.

â€œIt was no accident for my sisterâ€™s body to be stuffed in a bag, left outside for garbage collectors to dispose, having no idea what it contained.â€

Imona-Russel was convicted of the rapes he was on bail for at the time of Asharehâ€™s murder. The HIV-positive assailant was also found guilty of attempted aggravated sexual assault endangering life of the same victim â€” a 59 year-old flight attendant â€” for having unprotected sex with the woman.

He was sentenced last September to nine years in prison for those crimes.

â€œYasmin Ashareh was an innocent young woman who was tragically in the wrong place at the wrong time when this horrible, unspeakable crime was committed,â€ said Crown attorney David Fisher.

Imona Russel legal and other related fees cost Ontario taxpayers millions of dollars since he used a false passport to come to Canada from Nigeria in 2003.

He worked only a few months before going on a disability pension after learning he was HIV positive. His refugee claim was denied and his deportation order became enforceable on April 21, 2004.

He â€œcould not be removed forthwith because he had no valid identity or travel documents and he had not exhausted all legal avenues to remain in Canada,â€ said Anna Pape, spokesman for the Canada Border Services Agency.

Asha Ashareh blamed the immigration department for failing to deport Imona-Russel before his crime spree.

â€œHe never worked a day in his life and he killed my daughter and ended her dream of helping youths as a social worker,â€ said the distraught woman.