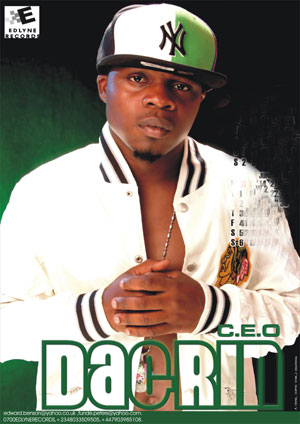 Renowned movie director, Lancelot Imasuen, has been contracted to direct Ghetto Dreams, a film about the life and times of the late rap music star, Dagrin.

The film will chronicle the growing years of Dagrin, his struggles, rise to fame and death, while it is also part of the efforts put in place to immortalise the Pon Pon Pon crooner, who died on Thursday, 22 April, 2010, a week after he was involved in an auto crash.

Tagged Dagrin Memorial Project, proceeds from the movie will be given to the deceased musicianâ€™s family.

The memorial project will also provide a lasting structure and means to encourage upcoming, struggling and budding entertainers deal with the challenges and lack of resources limiting them from fulfilling their dreams.