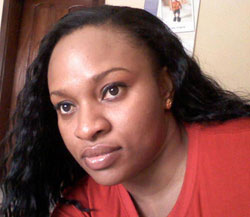 On Tuesday, I wrote about women and their siblings in marriage. As usual, men were so excited to have a lady talk about this particular issue. It is a natural thing and is expected that whenever I write about women, the male folk are happy and vice versa.

The issue of siblings and their negative contributions to marriages has destroyed a lot of good relationships. Some women now dread going to visit their husbandâ€™s relations. A lot of relations pretend to so much be in love with their sister-in-law when the man is around only to become something else whenever he is out.

Many men have ruined their relationship with their wives because they place their immediate family above the woman. I know of a man who must consult the elder sister and get a go ahead before buying anything for the woman. Tell me, is that man not under some kind of bondage?

Siblings have made very strong men to become weaklings. Some men are good to their wives only when there is no relation around, but the moment they have someone step into the house, he wants to prove to everyone around that the wife is just his slave, another piece of furniture at home. What on earth will make a man to shout on the woman in the presence of his relations?

There is this other group that do not just shout, they actually beat the woman right before his family members. You have made your wife lose her self esteem before your people. Everyone now talks to her just the way you do. This is absolutely wrong.

Some men prefer buying a new car for their mother and sisters instead of the wife. Your wife should be number one in your priority list. She is supposed to have double of whatever you give any other person. I have brothers but I canâ€™t sit and watch them buy for my mum what they have not bought for their wives. Yes, our mothers deserve the best, so do our wives.

I once heard a story of a man whose youngest brother dealt with the wife to the point that the girl fled the house. The worst part of this story is that this man never saw anything wrong in his brotherâ€™s actions. It was only when she left to her fatherâ€™s house and asked the man to get married to his mother and siblings that his eyes were opened.

What on earth will make a full grown man seek permission from his family before he does things for his wife? I used to have a friend who calls the sister living outside the country over every little issue with his wife. I had to confront him someday and that put an end to the unreasonable act. He came up with the excuse that it was that his sister who trained him from childhood. I was able to convince him to accept the fact that his closeness with the sister should never be allowed to interfere with his home.

Like I told the women on Tuesday never to call their siblings to insult or beat up the man. Guys I can tell you with every assurance that a good number of men do that. I donâ€™t know if it is weakness that makes a man to gather his siblings to beat up his wife over every little quarrel. What is so big about that issue that you canâ€™t sort it out with your wife? It is time you become the man you were created to be. It is only a weak man who gets his people involved in issues that should be resolved within the home.

Why should your sister come to your house and use your wifeâ€™s car any time she likes without obtaining a go-ahead from her. Sometimes the woman is preparing to go out and before she steps out of the house your sister has gone with her car. And the moment she wants to talk about it you remind her there are so many cars in the house for her to drive. Your sister comes back and the moment your wife asks, she is reminded that it is all her brotherâ€™s money. What a shame!

That your brother or sister is older doesnâ€™t give them the right to badge into your room when you are there with your wife. In fact, your bedroom should be kept solely for the two of you. Please stop allowing your mother and siblings into your bedroom. Some of them come in there just to see what your wife has and what she doesnâ€™t have. There are other rooms in the house sir.

These ones will enter the kitchen belonging to another woman and cook for their brother. You know what? They are indirectly telling you how bad a cook your wife is. There is nothing as disrespectful to a woman as someone entering her kitchen without her permission. This is worse if the man is rich. You see his sisters coming to run his business and everything around him. Even when you have occasions, they want to handle everything. Sir; you have to put an end to this if you want to see your wife happy.

It is wrong buying the same kind of clothes for your wife and relations. Sir, your wife is your better half and partner and should be treated as such. Don’t give the same amount of money to your wife and siblings during Christmas. Let there be some reasonable difference. In fact, I advise men to allow their wives do the buying for all during festive seasons. Any woman who fears God and feels respected in her home will go out of her way to please her in-laws.

What makes some men constantly hang out with their sister instead of the wife? You may not believe this, but some men sleep with their sisters. Didn’t you read a story this week about a woman sleeping with her own son? Everything is possible under the sun. Let your sister sit down while you go out with your woman.

How many times has your sister called you to remind you of how expensive your wife is? Such a person is nothing but an agent of darkness sent into your home. Some siblings go out of their way to lie against their brotherâ€™s wife. I have seen a case where a younger brother brought somebody to lie against the woman and pretend to be her lover. You better be careful when you hear those negative stories about her.

I have also seen siblings bring their friends into their brotherâ€™s house just to get him to sleep with her. As you are reading this, you know yourself. You know how many of her friends she has introduced to you simply because she hates your wife. Ask yourself this question: can she do that to her own sister?

Your mother keeps complaining about your wife and you go ahead maltreating her because of your mother. Her own daughter is someoneâ€™s wife and she goes to fight whenever anyone tries to treat her wrongly. Comâ€™on, I know you to be wiser than this.

Your wife should be the number one in your life. She is there for better for worse. So many people wonder why women, these days, donâ€™t stand by their husband in bad times. I want to tell you now. When you had the money, they never enjoyed it. It was all about your relations who are never ready to identify with you in bad times. You bought them the best of cars and the good things of life without feeling ashamed having your wife around you, looking like a slave.

I have sisters-in-law, but I have never stood against them. In fact, I am the one they run to whenever there are issues between them and any member of my family because they know I will always protect their interest. If your brother or sister living with you is not ready to respect your wife, then you donâ€™t need her in your home. This is the truth and I know there are people who donâ€™t like the truth, but it doesnâ€™t stop it from being the truth. Make your people to know how much you adore your wife. Don’t treat her like an egg in the bedroom only to come out and make her a nobody before your relations. She is the queen of your heart and should be treated as one.