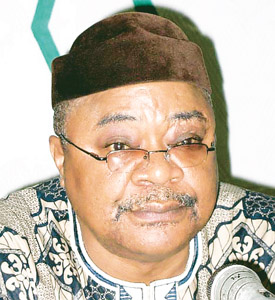 The Chairman of the Oyo State National Union of Road Transport Workers(NURTW) Alhaji Lateef Salako a.k.a. Eleweomo, and his deputy, Mukaila Lamidi a.k.a.Auxiliary, have been quizzed at the Zone 11 Police Command Headquarters, Osogbo, Osun State,Southwest Nigeria.
They were interrogated by the Assistant Inspector General of Police (AIG) AIG, Alhaji Muhammed Yesufu over the recent fracas at the Oyo State House of Assembly. During the attack some legislators were beaten and stripped naked.

According to sources close to the AIG, the duo were invited yesterday and detained and were still in police custody as at the time of filing this report.
P.M.NEWS gathered that the duo would soon be sent to police Headquarters for further interrogation as security report allegedly has it that they were security threat to the state as well as tools Governor Adebayo Alao-Akala of Oyo State want to use to win the 2011 election.

Police sources disclosed that the AIG wanted to know their level of involvement in the attack on 16 legislators who were planning to impeach the Speaker, Honourable Moroof Atilola.

Among the 16 legislators, two were beaten and stripped naked while the other ones were seriously injured.

They were rescued by the combined team of men of State Security Service and the police and whisked away to the police command at Eleyele before they were escorted to their homes.

Both Eleweomo and Mukaila were seen on the day of the fracas leading thugs to molest legislators and chased them out of the hallowed chambers. Some of them had to hide themselves in some offices in order to escape the attack.
Confirming the information, the Public Relations Officer, Zone 11 Command, ASP Olubunmi Babatunde stated that they were quizzed but they had been released.

His words, â€œIt was true that Eleweomo and Auxiliary were here at the zone 11 police headquarters. They were invited and they came. They were interrogated over the recent fracas that erupted in the Oyo State House of Assembly. The police want to determine the level of their involvement but they had been released on bail.â€

Duuring the fracas, over 30 hoodlums were arrested including the Special Adviser to Governor Alao-Akala on Youth, a woman PDP thug popularly called â€˜Mama Mukesoâ€™ who was a loyalist of the former garrison commander of the Ibadan politics, the late Chief Lamidi Adedibu.

However, residents of Ibadan, capital of Oyo State, were not pleased with the way the Oyo State Police Command handled the case as those arrested were not prosecuted.

The Special Adviser on Security and Protocol to Governor Akala, Mrs. C.O. Alebiosu used her influence as a former police boss to set the suspects free.