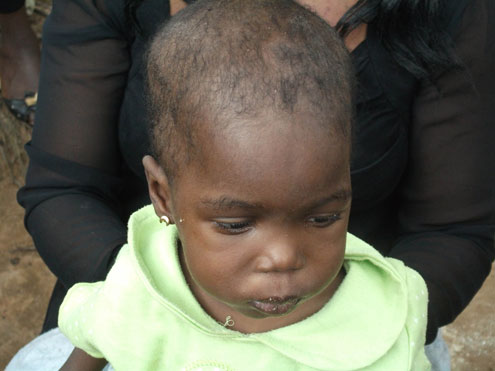 A baby dumped in a canal at Vulvanizer Bus Stop, Gowon Estate, Ipaja, Lagos, Nigeria, has been rescued by sympathisers.

P.M.NEWS gathered that the little girl, who should be about a year and some months old, was found in the canal around 3 p.m. yesterday, struggling to come out of a sack in which she was stuffed with refuse.

Sympathisers who rescued the toddler said one of them noticed strange movement in the sack, which was likely thrown into the canal from its bank, and decided to check what was inside.

Says one of the sympathisers, who simply identified herself as Dolapo: â€œWe noticed that there was movement in the sack, whichÂ  attracted everybody to the scene. At first we saw that it was refuse, only to discover the poor girl was underneath it.

â€œOnly God knows who dumped the baby and when the wicked act was perpetrated, but we were happy to see that she was alive. We quickly bathed her, clothed her and fed her to keep her alive.â€

P.M.NEWS learnt that the baby girl was immediately taken to the Baale of Abule-Okiâ€™s palace in the Mosan-Okunola Local Council Development Area after she had been taken care of, and later taken to Idimu Police Division where the case was reported.

At the time of filing this report this morning, plans were being made to take the girl to a motherless babies homeÂ  for further care.

Meanwhile, while some sympathisers at the scene cursedÂ  whoeverÂ  carried out the dastardly act, some believed the mother could have dumped her because she was unable to cater for her any longer.