Why Sammie Okposo Was Arrested In Scotland 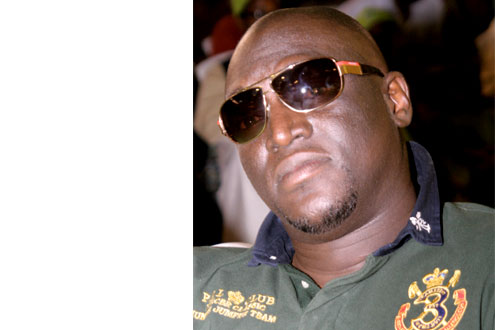 Nigerian gospel singer and Glo ambassador, Sammie Okposo, has described his arrest in Aberdeen, Scotland during his honeymoon as an unfortunate incident, claiming that he was a victim of circumstance.

The multiple award-winning singer reiterated that he was surprised with the manner at which the Scottish Police handled the minor issue that should have been resolved amicably.

Explaining how the whole scenario happened, the Welu-Welu croonerâ€™s Publicists, Media & Marketing Experts, MME, said â€œSammie and his newly wedded wife, Ozioma in the company of their friends, Mr. and Mrs. Efemua, also Nigerians, had gone to a restaurant known as Jimmy Chungâ€™s on Aberdeenâ€™s Beach Esplanade to attend to their noisy stomach. They arrived at the restaurant at exactly 4.30pm but they were not aware that lunch time closes by 5pm. One of the attendants announced to them few minutes later that they have to rush their food and leave the restaurant before 5pm or else they will be charged for both lunch and dinner. At this point, Sammie was already dishing the food while the rest were sorting out where they would sit.

â€œThe statement immediately resulted in a mild argument. They questioned the attendant why she had not informed them when they arrived; probably they would have waited till 5pm before they settle down in the restaurant. The argument attracted the attention of the manager of the restaurant identified as Ronny Shui Hung Yung who aggravated the issue the more and another lady went ahead to drag Sammieâ€™s shirt and ordered him to stop dishing the food.

â€œBut Sammie took it easy and told her politely that she shouldnâ€™t have pulled his shirt. At this point, the manager of the restaurant was already harassing Sammieâ€™s wife and pregnant wife of his friend, Eloho Efemua who happens to be the younger sister of popular Nigerian actor, Fred Amata.â€

P. M NEWS gathered that when Sammie turned back after the violent attendant pulled his shirt, he realised that the manager was harassing his wife and Eloho, he immediately warned him to desist from the act.

â€œBut when the manager didnâ€™t stop, Sammie who was very shocked and displeased told the manager that he should make sure his fingers doesnâ€™t touch his wife and that if he is tired of running this kind of restaurant, he should return to his country.

â€œImmediately Sammie made this statement, the manager wrote down Sammieâ€™s friend car plate number and called the police to report a racial statement being made against him. Having realsed he had called the police, Sammie urged his wife including the other couple that they should wait for the police arrival and thrash out the issue once and for all,â€Â MME explained.

Meanwhile, when the police arrived about 30 minutes later, it was gathered that they didnâ€™t ask the Nigerian couples any question before taking them to the police station.

Speaking for the first time on the incident, Sammie Okposo who is now in Lagos, Nigeria said: â€œIt is true they took us to their police station without listening to our own side of the story, but we played along with them as a good and law abiding citizens of Nigeria. After the court in Aberdeen did a thorough check on me on all the countries I have visited, they said my record is clean and impeccable. I was released the next day without making any official statement.

â€œBut if the manager of the restaurant presses the issue further and it results inÂ  a court case, my lawyer in Scotland, Michael Munro will handle it. I donâ€™t regret my actions for speaking up against bad and rude behaviours from the staff of Jimmy Chung Restaurant and defending my wife as a true African man.â€

In her own words, the new bride of Okposo, Ozioma, said: â€œWe could have afforded to go to anywhere in the world for our honeymoon, but we chose to visit Aberdeen because of all the good things we had heard. We have been emotional, mentally, financially, and physically drained on this trip, which brings us to one conclusion that going to Aberdeen for our honeymoon was the biggest mistake we ever make in our marriage.â€