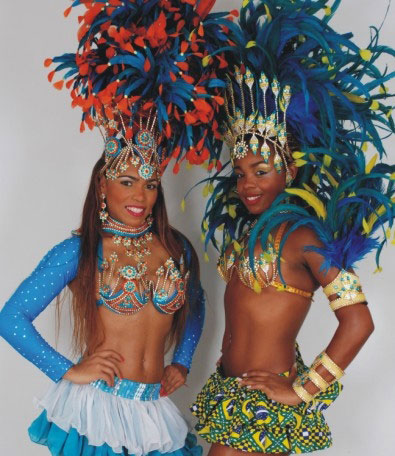 POR AI, a group of six young and talented male musicians and two delectable female dancers from Rio de Janeiro, Brazil, all in their 20s, will descend on Lagos this week for a series of concerts in various locations,Â  the first of which will be at the MUSON Centre, Onikan, on Sunday, 25 July.

The concerts are part of the Brazilian Consulateâ€™s ongoing promotion of Brazilian culture globally that has now taken a bigger dimension with Brazilâ€™s back-to-back hosting of the worldâ€™s two greatest events, the World Cup and the Olympics in 2014 and 2016 respectively.

The Brazilian musical ambassadors comprise Tiago Bernardes, a composer and percussionist who plays different instruments; Daniel Filho (Uncle Chico), a general percussionist; Renan Junior, who plays different string instruments; Diego Garcia, the lead vocalist; Alcides Pereira,Â who plays all kinds of percussion; Â Mario Jorge,Â guitarist; Jaqueline Xavier, a dancer who has travelled all over Brazil and also overseas, showing her swing and talent as a dancer and Deiseane de Jesus, who is part of the famous Samba school called Imperio Serrano.

The band, which has been together for a while, is expected to offer the most typical of Brazilian musicâ€”the seductive rhythm of Samba.