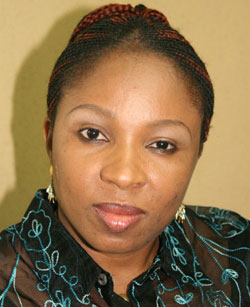 It is a common practice for people to map out their plans and aspiration for each new year as it unfolds, make promises to stop bad habits while doing all within their capacity to embrace good ones. This on its own gives the impression that man desires live a good live. Unfortunately, very many people fall by the way side shortly after they took off the journey- does this sound familiar? Oh yes! People who are sincere can identify with this.

Some years ago, I visi

ed a friend in South Africa and it was during Christmas. As we got talking, she began to tell me of plans to loose weight in the coming year-she had grown so big over a few years of getting there that you willÂ  even feel embarrassed to mention it. She leaped from size 8 to 20, amazing, isnâ€™t it? Plans were underway for gym, neighbourhood walk, less food and healthy eating. All these sounded so good to the ear that anyone would possibly just congratulate her before the attempt. She actually started a few days to year end and you could see she was doing great. By the second week, she was already celebrating success but come third week, I had to remind her to get to gym or letâ€™s take a walk around the house. She barely got to the end of the month when she came up with a long list of excuses to explain why all that exercise and weight routine would not work for her. The next time we spoke on phone, she had totally given up the idea. Then you ask yourself; where is that first inspiration to act? Where did the will power disappear to? Without any sense of condemnation, we should look inwards to identify the areas we have failed woefully or are we all correct?

Relationship is one important aspect of your life that cannot just be ignored. Careful choice of who you entangle life with goes a long way to determine the quality of peace and fulfillment you can attend. When we were much younger, compatibility was the hottest word driving every relationship-guys would want to checkout if the babes they are interested in actually love the same things as them, especially football. While the babes would go an extra mile to make guys sit around in conversation and warmth.Â  But today, I know better, compatibility is good but adaptability/adjustment is a more mature approach to loving and relationship. By this, I mean we donâ€™t have to like the same things to be able to flow together neither do we need to impose our personality on the other. Rather, we should learn to love our spouses just as they are. If one loves watching football while the other appreciates comedy, you should be able to work out something good without insulting or looking down on choices. You can actually sit and watch a program with your spouse just for the fun of companionship and who knows, you may end up liking it too.

Sam and Sally got married in good time and started raising children with the wife staying out of job to look after the children. Although itâ€™s a common practice, she felt so ignored and neglected. The only people she possibly could talk to were the young children continuously pouring demands on her stretched emotions. What do you expect at the end of the day when hubby comes? Anger, she did nothing but snap around the house. This continued for a while and without being told you should know the man was unhappy so he started seeking counsel on how to revive his marriage. He heard stuff like â€˜donâ€™t bother; she will learn to cope with timeâ€™ â€˜the home is the womanâ€™s responsibility so why worry?â€™ Good enough for him, he also met someone who advised him to change some things he felt were wrong. He started by taking two weeks off work as part of his annual leave just to be with his lovely wife. During this time, he practically took over the responsibility of keeping the home and looking after the children while his wife had a good time to relax and unwind with favourite television programs; she could not believe life was that cool again but she convinced herself it was true. Good times of romance returned and smiles replaced nagging Sam practically promised being there for her and never to criticize her without considerations.

Can you work out what your relationship needs and be committed to it for the rest of this year? I tell you it works; youâ€™ll be amazed at the result. Enjoy!!!