Lagos State Governor, Mr. Babatunde Fashola (SAN), has brokered peace between stakeholders of Ibeju-Lekki and the Concessionaire of the Lekki-Epe Expressway over issues arising from the landmark project. 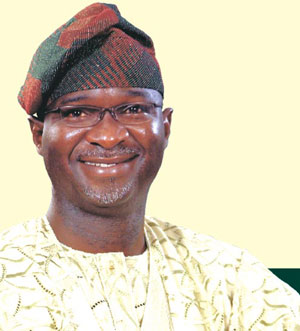 The peace meeting resulted in the setting up of a Committee of all the stakeholders comprising traditional rulers, elders of Eti- Osa, Iru and Ibeju-Lekki as well as the concessionaire â€“ Lekki Concession Company (LCC) to work towards the amicable resolution of all the issues at stake.

Giving an insight into the immense benefits of the Lekki-Epe Expressway project after listening to representations made by the stakeholders, Governor Fashola who spoke at the Banquet Hall, Lagos House, Alausa venue of the meeting last Thursday, explained that the tolling of the road is in order to enable the concessionaire recoup the investment it made adding that although it may not be easy initially, the long-term benefits to the community far out-weigh the challenges.

Citing an example with Boston in the United States of America, Governor Fashola said although it is a novel idea in Nigeria, tolling has been employed across the globe to execute multi-million dollar projects with far-reaching socio-economic gains adding that the Boston Underground Road which initially raised agitations and resistance from the people has today become a place to behold.

â€œChange does not come so easily, but the gains outweigh the painsâ€, the Governor said adding that the road will open up access to the on-going Lekki Free Trade Zone, the Lekki Seaport including the refinery which the Federal Government plans to site in the area.

â€œI implore us, we are not building only road; our agreement is more than just building a road. It is not for the development of Eti-Osa alone but the entire Lagos Stateâ€, the Governor pleaded pointing out that the Concessionaire sought assurance from the State Government that there would be no breach of agreement.

According to Governor Fashola, even after the assurance by the State Government, the Concessionaire still did not commence work until the Government supported the agreement with a law passed by the representatives of the people in the State House of Assembly and the Federal Executive Council deliberated and passed a resolution on it. On the gains already being recorded as a result of the road, the Governor said the road project has led to the appreciation of property value in the area adding, â€œThe completion of the road is what the area is expecting. It is for the future development of the areaâ€.Â  On the likely consequences of any breach of the agreement on the side of the State Government, Governor Fashola warned, â€œIf we say we do not want the project to continue, it is not about money alone; it is about our reputation. The project is funded by international finance institutions. A breach of the contract will not be good for Lagos or Nigeriaâ€.

He recalled the multi-billion dollar metroline project proposed for Lagos by former Governor Lateef Jakande pointing out that when another government truncated the contract even after the design had been completed; the State Government not only lost the project, it also lost money because the contractor went to court and sued the Government for breach of contract.

Promising that all grey areas on the issue will be resolved soon, Governor Fashola called for nominations into a committee being set up by the State Government for that purpose adding that the Committee would comprise of stakeholders, traditional rulers, elders of Eti-Osa, Iru and Ibeju-Lekki.

Earlier, a representative of the stakeholders, Mr. Adewale Sanni, had articulated their grievances to include the erection of three toll-gates and the fencing off of some communities in the area.

Present at the well attended meeting which lasted for over two hours, were stakeholders, elders and leaders of thought, traditional rulers and representatives of Lekki-Epe Expressway concessionaire as well as State Government officials including the Honourable Commissioner for Physical Planning and Urban Development, Town Planner Francisco Abosede, the Special Adviser on Local Government and Chieftaincy Affairs, Mr. Olalekan Ifemode.

The meeting attended by the Lagos State Commissioner of Police, Mr. Marvel Akpoyibo, also had in attendance a member of the Lagos State House of Assembly, Hon. Jide Akinloye and the local government chairmen of the area.

Among the traditional rulers present were the Alara of Ilara, the Ojomu of Ajiranland, the Aladeshoyin of Odo-Naforija, the Onilekki of Lekki, the Onibeju of Ibeju, the Alaketu of Ketu, the Onise of Ise, the Onitedo of Itedo, the Olofin of Orugbo, representative of Oba Oniru of Iruland, representative of Abowa of Agbowa and the Omola of Odomola, Chief Razaq Falana, Chief Mudashiru Lawal, the Baale of Aromire, among many other traditional rulers and chiefs.

On the stakeholdersâ€™ side were Hon. Yahaya Adeniyi Dosunmu, Major General Paul Toun (retd), Mr. Lawal Fatai Olalekan, among others while the Lekki Concession Company (LCC) had in attendance its Chief Executive Officer, Mr. Opuiyo Oforiokuma, among other officials.