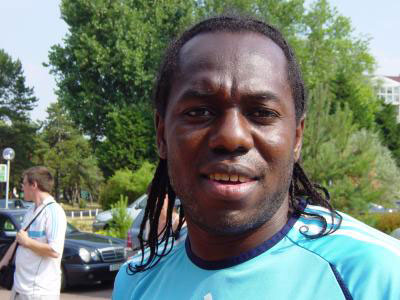 Former Super Eagles player, Wilson Oruma was surprised when the Falconets of Nigeria defeated defending champions, USA, in the quarter final of the ongoing FIFA U-20 Women World Cup.

The Falconets played 1-1 draw with USA in the 120 minutes encounter before the Nigerian ladies defeated USA 4-2 on penalty shootout to book a place in the semi final.

Reacting to Nigeriaâ€™s victory, the former Marseille midfielder said the Falconetsâ€™performance surprised him and urged them to go for victory in their next match against Colombia.

â€œI was surprised that Falconets held the defending champions to the penalty shootout. This is to tell you that the Falconets are focused and determined to go all the way to the final. I think the players need the support of Nigerians to aid their success in the next game,â€ said Oruma who spoke to P.M.Sports at the passport office at Ikoyi yesterday.

The former Sochaux of France player admonished the Nigeria Football Federation. NFF, to give the team the necessary support to have a good outing against Colombia, adding that it will be a disappointment if the Falconets fail to progress to the final stage.

â€œThe Nigeria Football Federation should know that the girls need money now to boost their morale.

They have come a long way and it will not be good if the ladies are not well motivated before their next match,â€ he said.