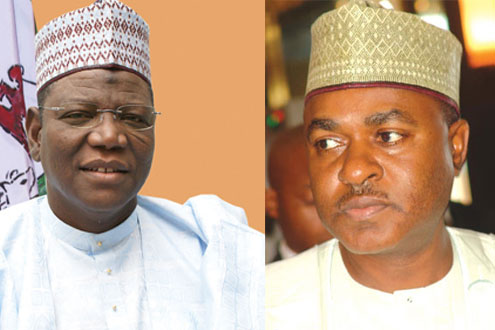 There are indications that most of the 19 Northern governors who are currently meeting in Kaduna, have dumped the controversial zoning arrangement of the Peopleâ€™s Democratic Party, PDP.

P.M.NEWS reliably gathered at the venue of the meeting this morning that the majority of PDP governors in the influential Northern Governorsâ€™ Forum are rooting for President Goodluck Jonathan to contest the 2011 election.

Though the meeting was about to begin, with the arrival of ten of the 19 governors as at the time of filing this report, reliable sources told P.M.NEWS that the majority of the PDP governors, at least 10 of them, mostly from the Middle Belt, have already thrown their weight behind President Jonathan.

Their failure to reach a consensus at the last meeting held in Kaduna had generated controversy in almost all the Northern states.

However, from information gathered by P.M.NEWS, the majority of the Northern governors, particularly those seeking re-election, are likely to jettison the zoning arrangement.

According to our source, even though there were disagreements among the governors on the zoning issue, most of the PDP governors were said to be in support of discarding the zoning arrangement.

The South-South governors at their meeting in Port Harcourt openly declared support for Jonathan and urged him to declare his interest in the 2011 presidential race. They also asked Jonathan to declare for the presidency now.

Feelers from Kaduna this morning indicate that governors from northern states like Kaduna, Kogi, Adamawa, Benue, Taraba who had openly declared their support for Jonathan, are working seriously to persuade their colleagues to support the presidentâ€™s ambition.

Only Niger and Kano States were said to be vociferously against dumping the zoning arrangement, though a few of the governors were still sitting on the fence as at the time of filing this report.

A top northern leader at the summit also revealed to P.M.NEWS that since zoning is the internal arrangement of the PDP, the 19 governors have resolved that the party should handle it internally and not make it a major issue for eligibility to contest the countryâ€™s presidency.

Others are Ibrahim Idris (Kogi) Sadu Dakingari (Kebbi) and Sule Lamido (Jigawa). Most of the governors backing Jonathan are seeking re-election for a second term. To underscore Jonathanâ€™s determination to gain the governorâ€™s support, the Kaduna chapter of PDP this morning unanimously adopted President Jonathan as its candidate for the 2011 presidential election and urged other northern states to follow suit.

In a communique signed by Mr. Jagaba Adams Jagaba, the state secretary of PDP, the stakeholders concluded that â€œa Goodluck Jonathan â€“ Namadi Sambo ticket in 2011 constitutes not only a credible option but its alternative remained an impossible task in the foreseeable future, especially as we march towards 2011.â€

According to him, the present debate and controversy trailing the argument for and against zoning is unnecessarily overÂ  heating the polity and something must be done to stop the anti-zoning supporters.

Sani, who spoke to P.M.NEWS, also said Jonathan should honourably quit office in 2011 to allow the North complete its tenure which was cut short following the death of former president, Umaru Yarâ€™Adua in May this year.

He wondered why Jonathan, who was a beneficiary of the zoning arrangement, is now turning around to dump the system that was formulated in the interest of justice and equity.