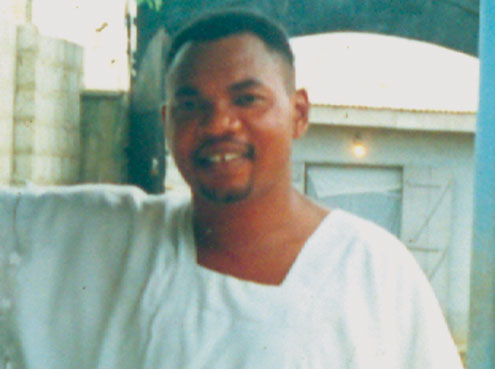 Olusola Oluwatuyi, a prominent Lagos-based prophet of the Celestial Church of Christ, Messiah Parish, Meiran, a Lagos suburb, South west, Nigeria, has been shot dead inside his church.

P.M.NEWS gathered from sources at the church this morning that the late prophet,Â  popularly known as Sola Messiah,Â  was allegedly shot dead yesterday by a retired Assistant Commissioner of Police, ACP, Charles Osho, during an argument in the prophetâ€™s church.

Our sources said people heard gun shots from inside the church and the retired ACP came out of the church pretending nothing had happened. But his request for where to get nurses or hospital aroused the curiosity of church members who smelt a rat.

Narrating the incident, a member of the church, Mrs. Titilayo Awofisayo said one of the church members,Â  Jide Oguntolu, went with retired ACP to aÂ  hospital but the nurses declined to follow them to the church, insisting that the victim should be taken to the hospital instead.

Mrs. Awofisayo claimed that when the nurses declined to follow them, Osho attempted to run away but she raised an alarm while Jide OguntoluÂ  ran to the Meiran Police Division to invite police to the scene. And by then the victim had died.

The suspect was consequently arrested and later transferred to the State Criminal Investigation Department, SCID, Panti, Yaba, for further investigation.

He asked the police to investigate the murder thoroughly to bring the perpetrators of the heinous act to book.

When contacted on the incident, the Area â€˜Gâ€™ Commander, Mr. Mobolaji Odesanya, an Assistant Commissioner of Police, ACP, confirmed it, saying that the suspect has been transferred to the State Criminal Investigation Department (CID), Panti, Lagos

When the Police Public Relations Officer, (PPRO) of the state police command was contacted on phone, to confirm the incident, he said he was busy in a meeting with the state Commissioner of Police, Mr. Marvel Akpoyibo.