Of Activists And NGOs 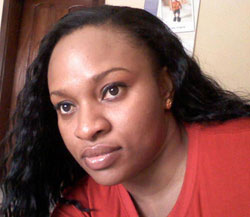 Itâ€™s a very tough one for me, but I have to talk about it. Nigeria is one country that has so many activists with lots of them coming up with different names to suit whatever problem they want to tackle. Some of them function as NGOs, while others do their own thing on very personal level.

These activists come up with so many wonderful and well packaged ideas that can get anyone attracted just at the first glimpse of it. So many ofÂ  them have the vision of working for the less privileged like the widows, orphans, aged and poor Nigerian masses.

Let me start with the activists. Nigerians have been so brainwashed that we always accord so much respect to activists. We see them as people who have the interest of the society at heart when actually they donâ€™t. Have you stopped to ask yourself how much they have succeeded in changing things and situations?

I have carefully observed the activists we have in Nigeria and have come to conclusion that they are all after their pockets. Recently, while discussing with a friend, we got talking about these activists and looked at the people that call themselves so and what they have been able to achieve through their noise making. We concluded that the only true activist we have in Nigeria is no more. The late Chief Gani Fawehinmi was one activist who showed so much love for Nigeria and the less priviledged without thinking of his pocket.

Guys, let us tell ourselves the truth, what are they really fighting for? What do they really want from government and the people of Nigeria? A good number of them are just making noise for relevance, or havent you seen so many of them make all that noise and at the end of the day, get into the very corrupt system they are against and start enjoying their own loot without remembering the poor masses they once fought for? These people are only using us. If you really have a passion for something, you will do it until the grave calls you.

I know of a very popular lawyer who goes about making noise and telling the widows to come to him when they have issues after their husbandsâ€™ death. This man has made the public to believe that he handles their cases free of charge. Guys, I can tell you with every assurance, that he doesnâ€™t, he collects money from them. This is why our media has to be very careful about what they sell to the public.

They go to bed thinking of what to say the next morning to get the attention of people and government. They make so much noise that the corrupt government of Nigeria calls them for dialogue and in the process, the issue of settlement comes. Havenâ€™t you realised that their noise is just on whatever is on ground, but give them time and that becomes history.

I really feel bad when I see ignorant Nigerians follow these people to Abuja and Alausa. They are made to trek under the sun and rain, singing and shouting against the government and at the end of the day, the initiators of the protest go behind them to share the money. It is time we begin to educate Nigerians on these very trivial issues.

This same thing happens during elections. The poor ones get killed and injured while the people using them remain safe and unhurt.

I think it is high time these activists are told to go back to their houses and look for better jobs to do with their time as so many of them get into this as a result of joblessness and failure in business. When you look deep into their eyes, you will see nothing like compassion for the suffering people of Nigeria. All you see is a desperate being struggling so much for relevance and wealth. Anyway, I wonâ€™t really blame them because so many of them have made it in life through noise making.

So much has been said about activists, what about the NGOs all over the place? Terrible things are happening all in the name of NGO as people now enrich themselves all in the pretence of running one. Recently, when someone got to know I run an NGO for the widows, she couldnâ€™t comprehend how I do it. I have been doing it for the past seven years, since I grew up with a very strong passion for them. I donâ€™t know why I do it, but I noticed that I cry when they cry and I hate seeing them in pain. I also enjoy their company and they remain my best friends. I donâ€™t have to make noise about it neither do I have to put it on the pages of newspapers because I see it as a divine obligation that gives me indescribable joy and blessings.

I am not saying it is wrong to let people into what you do because it will get to a level where I wonâ€™t be able to do it alone any longer. But the issue here is that so many people running all these NGOs are dishonest. Just like our churches, the NGO is now more of a family business. They go all over the place collecting money from corporate bodies and individuals, while some even print cards and give out to people at filling stations and other public places.

They make so much money from the public because everybody wants to help the poor, but at the end of the day, nothing changes for these poor ones. They engage in so much publicity and make a lot of noise thereby generating more money for their selfish desires. We really need to be careful what we do with funds meant for the poor because there is a God of justice.

I recently heard of one that makes so much money from one of the telecommunication companies. The last time she had a programme and brought in the media for more publicity, she got so much money from the sponsors and at the end of the day, all the poor women were left with was N5,000 each. That is why you see them going on endless trips abroad and living well, while the women they use to acquire those things are getting poorer and more miserable.

Take a look at our orphanages. We see people now selling babies without first doing the proper thing. They give out these babies at very high rates and are no longer ready to take care of them. How can any normal human being sell a little baby without first thinking of its safety? Our orphanages have suddenly become baby-selling markets.

Some of them even keep girls who get pregnant, have the baby and get paid for it. It is really sad that lives of our young men and women are being destroyed by all these people without conscience.

I know of a particular woman in Enugu, who has a house where she keeps young girls who make babies for her to sell. Couples go to her for adoption, while some women fake pregnancy with a particular injection she gives them that makes them look pregnant for months. Most of them later travel out and on their way back, meet them at the airport and hand the baby over to them.

A particular lady in Ebonyi State almost got into trouble when she claimed to be pregnant. Her husband was too excited to start asking for confirmation, while this lady later travelled out to have her baby. On her way back, the woman left Enugu for Lagos and handed the baby over to her. Months later, the baby took ill and the husband tried to take him to their family doctor but the wife insisted on going to her own doctorâ€”the orphanage woman. This lady, a medical doctor, found out after series of tests that the baby was SS and this could have landed them into trouble, but they quickly injected the baby to death just to cover up their wrong.

Fellow Nigerians, terrible things are happening in this country. Like our people say, shine your eyes and never allow yourself to be used by anybody for the achievement of their selfish ambitions.

Some activists make so much noise only to be elected into political positions and once they get there, they become part of that same corrupt system and even get worse than those they fought. How many lives have they affected? Let them show us their love for the masses with the little they have in their hands right now. If you cannot be faithful in a little, you cannot be trusted with much.

This is not to say there are no good ones among them. There are just a few of them who have suffered for the poor masses, but I can confidently tell you that a majority of them do it for their own selfish ambitions.

If you get to know how much they make from government and the good people of Nigeria just through noise making, you will shut down your business and go for it.

Activism is good and should be a thing of pride, but Nigerians have turned it to money-making venture. Someone who calls himself an activist is all over the place acquiring wealth, forgetting the masses he claim to be fighting for. He has no job and no other business, then tell me how he gets the fund if not by diverting freewill donations by other good humans and using it for him?

We keep attending endless conferences organised by them and I think we are just wasting our time because they know themselvesâ€”They donâ€™t simply love Nigeria more!