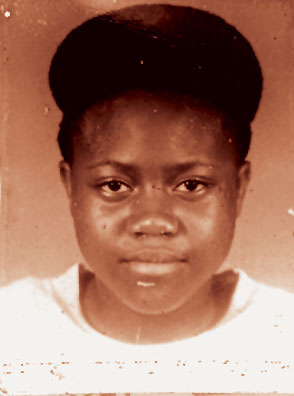 A 27-year old pregnant woman, Ndidiamaka Okoli has collapsed and died a few minutes after a fight with her husband, Emmanuel Okoli.

The incident happened at their 53, Otitokoro Street, Egbe, Lagos, Nigeria.

P.M.NEWS gathered this morning that the relation of the deceased went to the police station at Ikotun and reported the matter.

Emmanuel was subsequently arrested and detained at the Ikotun division of the Nigerian police.

P.M.NEWS investigation revealed that the late Ndidi Amaka was a nurse before she married Emmanuel about three years ago and the relationship was blessed with a daughter.

On TuesdayÂ  when the incident happened, it was learnt the couple had a disagreement which later resulted in a scuffle.

Shortly after the fight, the woman was reported to have slumped and died.

After the incident, the husband was alleged to have deposited her body at Isolo General Hospital before informing her relations.

The death of the woman has thrown her neighbours into mourning. Some of them who spoke with P.M.NEWS described the late Amaka as a peaceful and humble woman.

At the Ikotun Police Station, the Divisional Police Officer, DPO, was not available to comment on the incident.

However, a source at the station confirmed the incident and told P.M.NEWS that the police have commenced investigation into the matter while awaiting the autopsy report.

The brother of the deceased woman, Osondu Ezekule, expressed shock over the death of his sister, adding that the tragedy was like a dream.