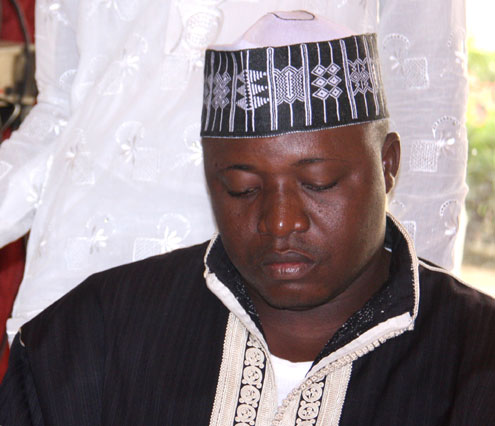 “Since 50 years ago when Nigeria became independent, the North ruled the country for over 30 years and today, we have nothing to write home about, education wise, we are left behind, poverty is so high in the Northern part of the country when we have all that we needed to fight it.”

These were the words from Alhaji Shettima Yerima, National President of the Arewa Youth Consultative Forum (AYCF) in an interview with P.M.NEWS in his Lagos residence.

Yerima, therefore, warned Nigerians against supporting the few “desperate politicians in the Northern part of the country who are bent on running for the presidency in the 2011 general elections.”

He described some of the political leaders in the region as corrupt and responsible for the countryâ€™s current problems, adding that from the antecedents of these politicians, who he actually did not name, it was “clear that the problem is not about power remaining in the North, but of having a leader who truly has the fear of God, who would move this country to the next level, who would look after an average Northern or Southern man suffering the same problem and put smiles on their faces.”

He also said that due to the desperation of these few â€˜evil personsâ€™, power may not return to the Southern part of the country in the next 100 years if any of them wins the exalted seat because they would want to treat the issue of zoning in their favour, not minding the fact that the country has a lot of competent persons who could rule without ethnic sentiment.

The AYCF leader, while maintaining that the average Northerner had become aware of the tricks of his leader added: ” Somebody claims to be your leader; you are left in abject poverty and what was given to you by the centre is cornered by that individual.

“That is why I maintain that our leaders in the North have really failed us. I have justified my side of the story; let any other person come out to say his own. My allegations are very clear that they have failed.

“We are now taking time to enlighten our people and asking them to demand for their rights and you can see the whole drama is changing. Our youths today can come out to look in the face of an elder who has done something wrong, whether he is a traditional ruler or otherwise, and say â€˜shut up, you are telling a lie.â€™

“That is why I continue to emphasise that the northern leaders should not push their youths to the wall, because if they want to begin militancy the way the Niger Delta boys are doing it, then theirs would be worse.

“They would become uncontrollable. They donâ€™t believe in shooting and running, they will do it until they get to the extreme. We are not proactive, but highly reactionary.”

He said for the country to chase these set of politicians he described as criminals and old cargoes, who are supposed to be resting in their homes, out of the race, the entire country must come together and chart a new course.

He advised Nigerians to desist from generalising issues relating to the desperate politicians with the entire North as, according to him, they are selfish people who are only interested in what they would get from the countryâ€™s treasury at the expense of the suffering masses.

“To put the record straight, we must leave this idea of self-centredness, or the idea that â€˜if my brother is there he should remain there even if he is not good.â€™ If we continue with this, then we will never get it right,” he said.

He maintained that among the Northerners, those who feel threatened and insist on zoning are those who know they lack credibility and would not be able to use any government machinery to get to the seat of government.

“We have credible people that can deliver and it will take us nothing to go back and pick a candidate that would effectively win the presidency, but my fear now is that if power is given to the north with these desperate set of politicians, in the next 100 years, power would not come to the south, because they would now amend the constitution to favour their own zoning.

“I am telling you this in confidence and I mean what I have just said, because it is easier for us to unite than the southern people. It is difficult for an Igbo man to form alliance with the South-South man to fight the Northerners who can easily come together.