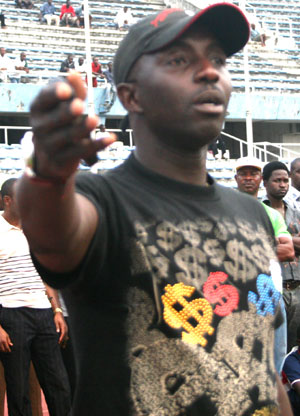 Heartland, last yearâ€™s losing finalists, will trek up North to face the three-time African champions in their Group B Day two clash, with their mind focused on a convincing result.

The â€˜Naze Millionairesâ€™ managed a one all draw with Egyptian giants Al Ahly in their opening group phase clash a fortnight ago at their backyard, and are looking forward to improving on that performance against the Algerian giants.

The former Algerian champions occupy the top spot of the group on three points after a shocking lone goal victory in Ismailia at the expense of Egyptian campaigners, Ismaily, and a repeat of such performance will boost their ambitions of a fourth success in the premier continental club championships.

Siasia, who took over the reigns of the Owerri-based club a few weeks ago, is very much aware of the task that comes with facing with the Canaries at their favourite grounds, Tizi Ouzou.

â€œWe are playing JS Kabylie, so we have to put our house in order. Playing away is a difficult thing so thereâ€™s the need to elevate the teamâ€™s performance by ensuring that the players are fit.â€

The 42-year old has also charged his players to maintain their focus and discipline in their quest to achieve targeted goals.

The Nigerians need at least a point to bolster their chances since a defeat will serve an impediment to their ultimate dream.

In the other B match, Ahly will face arch rivals Ismaily in a local derby at the Cairo International Stadium.

Holders T.P. Mazembe of DR Congo will face Entente Setif of Algeria, whilst Esperance of Tunisia engages Zimbabweâ€™s Dynamos, both in Group A.