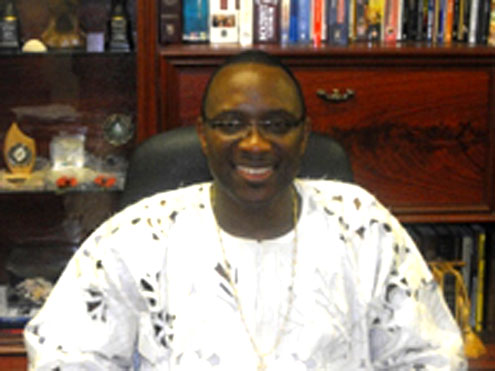 A Nigerian pastor and lawyer, Michael Adelasoye, a Church of England reverend, Alex Brown and an Ukrainian have been found guilty by a United Kingdom court for carrying out the biggest fake wedding scam Britain has ever seen.

According to the Daily Mail of London, Adelasoye, an immigration lawyer and pastor of the Ark of Hope church in St Leonards, East Sussex, along with his accomplices contrived to marry 360 illegal immigrants, many of them Nigerians, to complete strangers. Armed with a marriage certificate, the immigrants were then able to hoodwink the Home Office into giving them a visa to stay in Britain as a â€˜spouseâ€™, with access to education, healthcare and benefits. The sham marriages were carried out at the Victorian parish church, where Reverend Brown married up to eight couples aÂ  day between 2005 and 2009.

Brown conducted the ceremonies at The Church of St Peter and St Paul between July 2005 and July 2009. Ninety couples were registered as living in one road and 52 in another. There were several brides and grooms from the same house, and one husband-to-be went under the name of â€˜Felix Spacemanâ€™.

A bride changed into her borrowed wedding gown in the vestry before the ceremony, then stuffed it back into a plastic bag afterwards, while a groom produced a ring that was far too small for his wifeâ€™s finger.

Nevertheless Brown, 61, protested his innocence, but he was convicted with the Nigerian immigration solicitor – whose clients paid up to Â£15,000 for a dodgy wedding – and a Ukrainian who supplied hard-up Eastern Europeans willing to marry for Â£3,000 cash. Michael Adelasoye, 50, a qualified immigration lawyer, found Africans who were desperate to stay in the UK after outstaying their visas. The court heard that 90 couples were registered as living in the same street. The Ukrainian, recruited the stooge brides and grooms from Hastingsâ€™s Eastern European community. Some wed several times.

Ten of the brides and grooms received police cautions, but the majority were never traced and are presumably still living in Britain. The three defendants denied conspiracy to breach immigration laws, but they were found guilty by a jury at Lewes Crown Court after a seven week trial. Brown, who is openly gay, also became the only vicar in 800 years to be convicted of failing to read out the banns – asking the congregation if they knew of â€˜any just cause or impedimentâ€™ why two people may not marry.

Judge Richard Hayward adjourned sentencing to September 6 but warned the three, who all live in St Leonards, he was considering jail. He told them: â€˜You have been convicted on very clear evidence of a serious offence.â€™ Adelasoye and Brown were released on conditional bail, and Buchak was remanded in custody.

The vicar walked from court without a word, but Adelasoye, who is a pastor of the Ark of Hope church in St Leonards, protested: â€˜I donâ€™t think itâ€™s a fair verdict. God looks after the righteous.â€™ Later, the Archdeacon of Lewes and Hastings, the Venerable Philip Jones, said he was â€˜shocked and saddenedâ€™ by Brownâ€™s betrayal.

He said: â€˜We are particularly sorry for those who have been deceived and hurt by his actions. The church and the community are faced with aÂ  betrayal of trust on the part of Father Brown, who was a very trusted figure.â€™

He promised that churches would be more vigilant to fraud in the future, and said the Church of St Peter and St Paul was unlikely to be used for worship again after Brownâ€™s tarnished tenure. Brownâ€™s motivation remains unclear. Police believe the once respected priest threw away his career, his reputation and potentially his freedom to feather a nest for his retirement. But although they found Â£5,000 in cash at his home, this was not nearly as much as they would have expected if Brownâ€™s sole desire was to make money, rather than to help immigrants.

The case, which police believe was part of an international multi-million pound scam, has once again exposed the lax regulations that have led to a booming racket in sham marriages over recent years.

Numerous attempts to curb the thousands of fake unions every year have been stymied by EU and human rights laws.

A total of 529 suspect marriages were reported to the Home Office in the 11 months to December last year – a rise of 54 per cent on 2008 levels.

Detective Inspector Andy Cummins, of the UK Border Agency, said: â€˜This was the biggest operation of its kind we have come across, and the only one we know about where the vicar was entirely complicit.

â€˜As we investigated, we were all shocked as the scale of it emerged. The nearer he got to his retirement date, the more weddings he was doing.â€™ Immigration minister Damian Green said: â€˜Britain is no longer a soft touch. We now have specialist teams of immigration and police officers working day in, day out, to tackle and prosecute people who commit this form of organised criminality.

â€˜We are determined to create a hostile environment which makes it harder than ever for illegal immigrants to come to the UK and put untold pressures on our public services.â€™