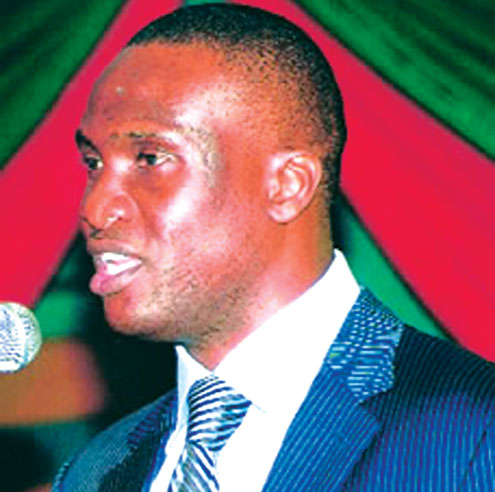 A Federal High Court sitting in Lagos South-West Nigeria, has adjourned till 27 September, 2010, a 21-count criminal charge of advanced fee fraud preferred against Folio Communications Limited and two of their directors, Fidelis Anosike and Nuel Anosike.

Also to be arraigned alongside with them are Nicholas Okoye and Gogo Kurubo in the criminal charge number FHC/L/274C/10 filed before the court by Assistant Chief State Counsel, E. K. Ugwu.

In the charge, it was alleged that Folio Communications Limited, Mr. Fidelis Anosike and Nuel Anosike sometime in June 2004 in Lagos with the intention to fraud conspired together to obtain 140,252,900 shares of Daily Times of Nigeria Plc worth N750 million acquired from the Bureau of Public Enterprises by false pretences and with representation of possessing the means to claim for the shares with fresh funds which they knew they did not possess just to defraud the Federal Government of Nigeria by mortgaging the assets and selling off the properties of Daily Times of Nigeria Plc to realise the acquisition of the said shares.

It was also alleged that Folio Communication Limited, Fidelis Anosike and others between the period of March to May 2005 conspired among themselves to steal the sum of N180 million being the property of Daily Times of Nigeria Plc same being the part of the total sum of N900 million that formed part of the proceeds of Daily Times Plc interest in 60 shares holding stake in Naira Properties Limited, owners of the Nigerian Stock Exchange Buildings which they shared among themselves by converting same to their personal use.

Folio Communications Limited, Mr. Fidelis Anosike and Nuel Anosike were further alleged to have stolen various sums of money from the sales of other properties belonging to Daily Times. For example, it was alleged that they stole N240 million obtained by the Daily Times Nigeria Plc from Afrinvest West Africa Limited out of which the sum of N135 million was used to pay for their personal loans to the Nigeria Deposit Insurance Corporation (NDIC) on behalf of Hallmark Bank in liquidation and the balance of N105 million was converted to their personal use.

The accused directors of Folio Communications were also alleged to have obtained 19 vehicles valued at N28 million from Ineh Mic Auto Co Limited under false pretences of supplying same to the Daily Times of Nigeria Plc for operational use but never paid for them since 2004. The vehicles were diverted to their own personal use.

They were also accused of conspiring to obtain the total sum of N100 million from Corporate Properties Limited and Senator Ikechukwu Obiora by falsely representing that they have printing factory at Lugbe, Abuja when in fact they do not have such thing to sell to Daily Times Plc, Abuja, thereby inducing the said company and Senator Ikechukwu Obiora to pay the said sum in lieu of the non-existence a factory being traded for the Daily Times.

They were also alleged to have stolen N156 million being the proceeds of Daily Times of Nigeria Plc at 9, Wuraola Close, Off Adeniyi Jones, Ikeja. The sum was transferred to a Bureau de Change, changed into a foreign currency and turned into their personal use. They were also alleged to have dismantled and stolen 61 machines belonging to Daily Times Plc.

The accused men who were supposed to be in court since yesterday for arraignment were not present this morning.

Consequently, the presiding judge, Justice Pat Ajoku adjourned till 27 September when all the accused persons will be docked.