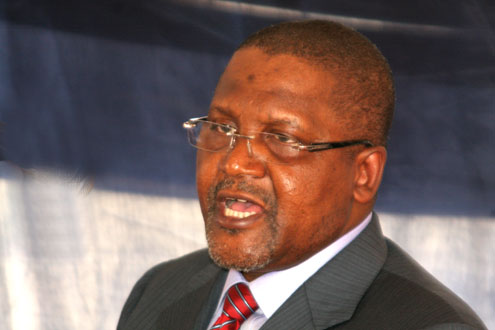 P.M. News this morning sent an e-mail to the public relations department of the Nigerian Stock Exchange on the petition by business mogul, Aliko Dangote. Mr. Sola Oni, the general manager, public relations, sent in this response;

â€œWe are aware that Alhaji Aliko Dangote petitioned the Securities And Exchange Commission (Sec) Over Mis-management Of Fund:

â€˜â€™We received a letter from the Securities and Exchange Commission (SEC) demanding for an explanation with regards to the petition by Alhaji Aliko Dangote.Â  We replied within 12 hours since there are ready answers and documents to back-up our position.Â  Some market operators have expressed surprise at the petition on the ground that the petitioner has always been on the Council as at the review period.Â  They also noted that apart from 2009 Account being awaited, all others had been approved at the Annual General Meetings without reservation. Some people have also expressed surprise that a Council member sent a petition to SEC without discussing it first with the other Council members.One interesting thing is thatasÂ  part of its oversight functions, the Securities and Exchange Commission (SEC) had sometime last year and early this year conducted a special and comprehensiveÂ  audit of The Exchange.Â  This was done by the Commissionâ€™s internal auditors and external consultants.Â  The auditors did not query The Exchange in any form.

IS THE EXCHANGE INSOLVENT?
The Nigerian Stock Exchange is not insolvent.Â  The organization is meeting all its obligations as at when due.Â  The staff are not owed salaries and allowances.Â  The retirees receive their cheques promptly.Â  The Exchange does not owe any bank or individual.Â  If there is any form of owing, it could be that such a company is handlingÂ Â  project that has not been completed.Â  Even at that, The Exchange must have made some pre-payment.Â  No organization in Nigeria is fully insulated from the effects of global market down turn.Â  The Exchange is certainly affected.Â  But it has always been prudent in the management of its resources.Â  As part of prudent management, the Council directed a downward review of staff salary and benefits in view of low revenue following global financial crisis.Â  This does not imply insolvency.Â  It is heart-warming to say that the market is recovering.Â  This would enable The Exchange to upgrade its infrastructure the more.

ON NON-PRESENTATION OF ACCOUNTS
As far back as early MarchÂ  this year, The Exchangeâ€™s Council had approved the draft accounts as preparatory to Statutory Audit.Â  Already, the auditors, Messrs Akintola Williams Deloitte have concluded the audit and their report is a matter of days.Â  But there is something unique about this current audit: our Auditors advised us to consolidate our accounts with that of our subsidiaries which include Naira Properties in charge of Lagos Building, and Coral Properties in charge of Port Harcourt Building, NSE Consult and our Associated Company, the Central Securities ClearingSystem (CSCS) Limited.Â  Also, The Exchange does not publish its account until most of the quoted companies have done so in order to enable us capture some data for inclusion in our own financial statement.Â  Usually, we publish our accounts around August before the Annual General Meeting.Â  We always send our audited accounts to African Securities Exchanges Association (ASEA) World Federation of Exchanges (WFE) and other international organizations.

ON WHETHER THE 2009 ACCOUNT IS QUERIED:
No query from the auditors.Â  We must also appreciate that the accounts of The Exchange is the final responsibility of the President and other Council Members and not the management.Â  The Council scrutinizes the Management Account, approve it and lay the Account before The Exchangeâ€™s members at the Annual General Meeting. In .,.essence, all the previous accounts were scrutinized and approved by the Council before the Annual General Meetings This is the due process.

WHAT HAPPENED TO THE FIRST AND SECOND QUARTER ACCOUNTS:
They have been prepared and filed with the Securities and Exchange Commission (SEC) since May 20Â  there is nothing wrongÂ  with the interim results.

ON ALLEGED N42 BILLION INCOME:
The figure is misleading.Â  As a corporate citizen, The Exchange granted heavy discounts to banks during the consolidation programme.Â  Also, there had been several instances when The Exchange simply charged nominal values against its actual commission.Â  Unfortunately, some people simply calculate The Exchangeâ€™s fee based on the Standard Commission whenever companies come to raise capital.Â  That is why anybody cannot just assume that The Exchange charges its commission on the strength of the value of money to be raised by a prospective company. The said income is less than 42 billion anyway.

WHAT IS WRONG WITH YOUR PENSION?
There is nothing wrong with our Pension we have been remitting our pension on monthly basis.Â  Our pension is managed by NLPC Pension Fund Administrators Limited, a well-known company.Â  Our pension cost increased because we had to backdate it by 20 years when we commenced.Â  Otherwise those who had worked for The Exchange for several years would be left in the cold. But everything we did on the pension was approved by the Council. We have no problem with our pension managers.â€™â€™