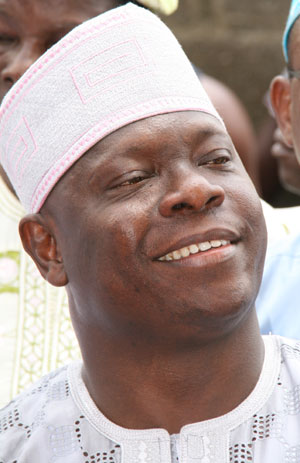 Acting on a petition written by a group, Liberation Congress, Lagos State, to the Inspector General of Police, the Economic and Financial Crimes Commission (EFCC) and the Independent Corrupt Practices and Other Related Offences Commission (ICPC), alleging that the chairman forged his WAEC Ordinary Level result, the councillors noted that it was necessary to verify the veracity of the allegation in order to put the record straight.

Spokesperson for the lawmakers and Leader of the House, Fatai Olagoke, said the allegation against the chairman was not correct as it has been verified that the certificate he possessed was not forged.

He explained that in order to get to the root of the matter, the chairman and the group were summoned by the councillors for investigation, but the petitioners failed to turn up and as such, were able to establish that Adaranijo did not forge his certificate and that he is qualified to occupy the position of a council chairman in line with the provisions of Nigeriaâ€™s Constitution.