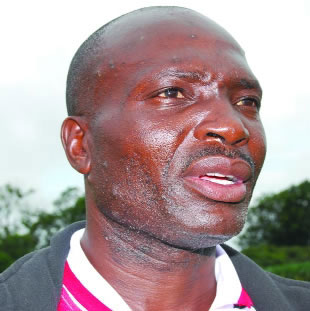 Chief Coach of Zanaco Football Club of Zambia, Wedson Nyirenda, has blasted the management of Enyimba FC of Aba for the cold reception given to them during the second leg of CAF Confederation Cup held at theÂ  Aba International Stadium, Abia State last Sunday.

Nyirenda stated this after his team lost 0-2 to Enyimba FC of Nigeria in the return leg of the encounter, but the Zambian side qualified on 4-2 aggregate.

Nyirenda told P.M.Sport after the pulsating encounter that his team were subjected to severe maltreatment, which almost made his team lost out of the competition.

â€œI must confess that the management of Enyimba did not treat us well when we came to Aba. We were not satisfied with the hotel they arranged for us and they did not give us enough time to train at the Eyimba football Stadium. I think they wanted to use this to frustrate usÂ  to achieve their aim,â€ said Nyirenda, who boasted that his team will go far in the tournament.

Reacting to the allegation raised against them, the Chairman of Enyimba, Felix Anyansi, said they lodged the visiting team at a Five Star hotel, adding it was unfortunate that the coach of Zanaco made such an uncomplimentary statement after what the home team did to make them comfortable.

â€œI am surprised that Zanaco can complain despite what we did for them. All I know is that we gave the visiting team the best hotel and allowed them to use the stadium before the encounter,â€Anyansi defended.