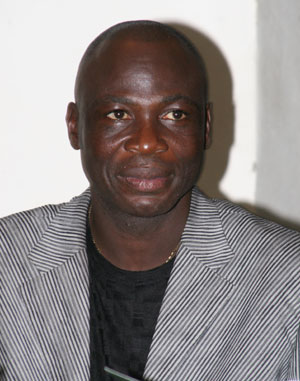 From all indications, Swede coach, Lars Lagerback wonâ€™t return to his job as the Foreign Technical Adviser of the Super Eagles.

The Nigeria Football Federation, NFFâ€™s technical committee chairman, Dominic Iorfa, while speaking on Brila FM early today revealed that Lagerback, who took Nigeria to a poor outing at the recently concluded South Africa 2010 FIFA World Cup, will not return as being speculated since he left for Sweden on vacation immediately after the World Cup.

There has been report that Nigeria is planning to extend the contract of the former coach of Sweden with Eagles, which expired at the end of July. But Iorfa, who took over the technical committee of the NFF from Taiwo Ogunjobi, revealed that the Football House is not expecting Lagerback to come back.

With the exit of Lagerback, Iorfa disclosed that the FA has no choice than to look for a credible replacement. The former Nigerian international revealed that Samson Siasia may succeed the Swede, adding that the NFF will soon begin negotiations with the Bayelsa State-born soccer tactician who took Nigeriaâ€™s U-23 Eagles to silver medal outing at the Beijing 2008 Olympic Games in China.

â€œThere is no indication that Lagerback will come back to Nigeria,â€ he said. â€œThe coach said he is not coming back so itâ€™s very likely that Siasia will take over the job. Weâ€™ll soon start discussion with Siasia,â€ Iorfa disclosed.