Lagbaja Out With Two New Videos 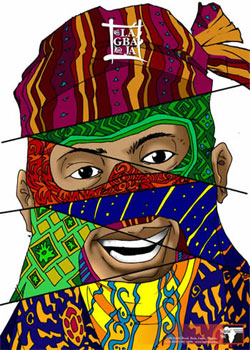 The masked one, Lagbaja, has released two new videos entitled Did I and Panda.

The new works, both off his double album Paradise and Sharp Sharp, released earlier this year, is vintage Lagbaja.

Did I features a blend of Spanish laced with Yoruba beats, while hilarious Panda is a satire on the sudden craze for costumes and fake jewellery known as Bling-Bling.